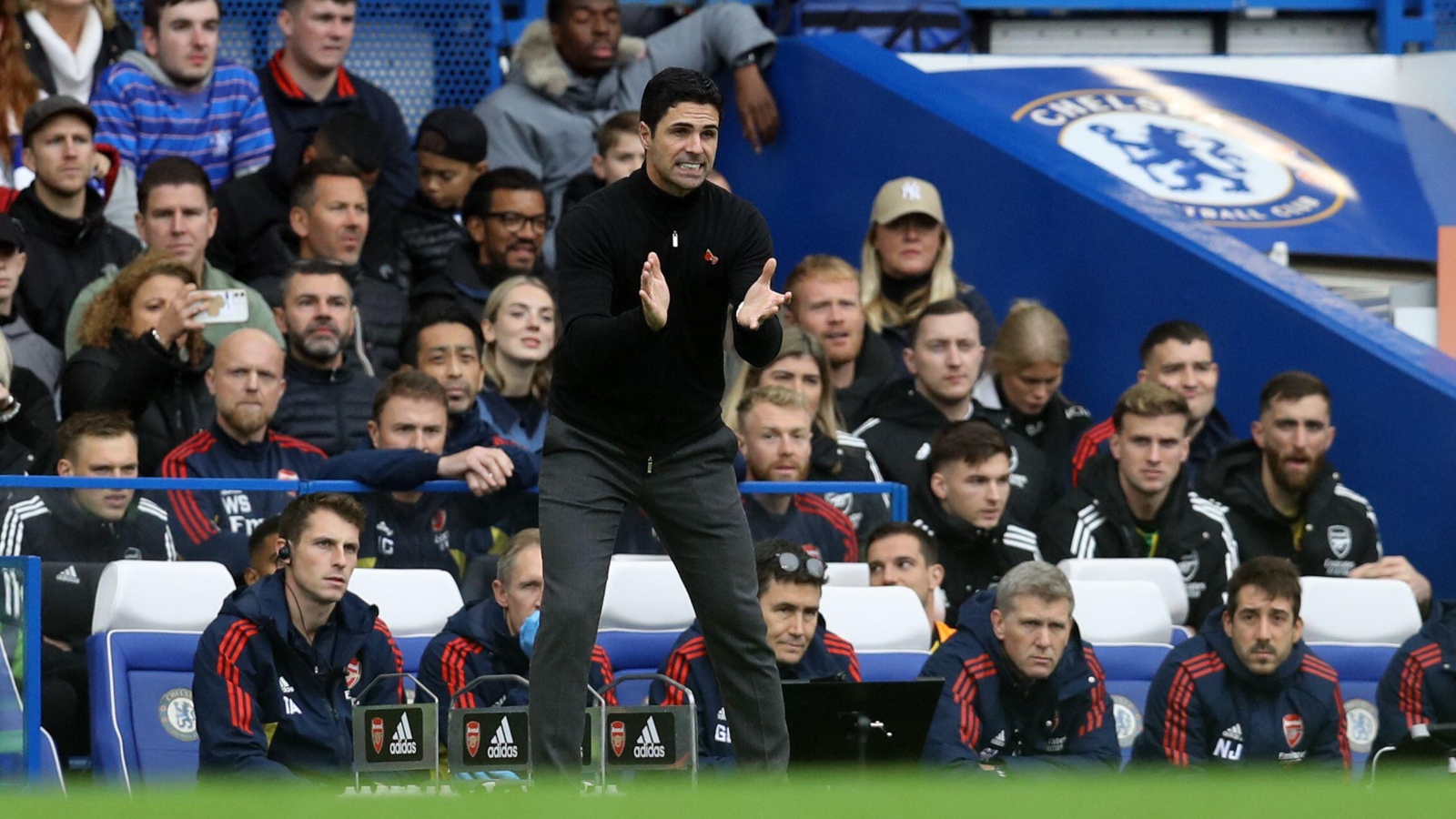 The Gunners came out on top against Chelsea on Sunday afternoon thanks to a goal from defender Gabriel Magalhaes.

Victory put Arteta’s side back on top of the league at Manchester City’s expense.

City also won by a single goal this weekend, overcoming Fulham thanks to a 95th-minute Erling Haaland penalty.

Arsenal are on fire this season, with their win at Stamford Bridge making it 11 in 13 in the Premier League.

“Big win for us,” Arteta said. “To come here against a top opponent, dominate the game and actually win it is very meaningful.

“We are a young team, but we showed a lot maturity today, a lot of composure, a lot courage to play on this stage the way we have played.

“That’s easy to say but actually very difficult to do. I think the boys were absolutely phenomenal today.”

Asked if his side needed to respond to City’s last-gasp win over Fulham, Arteta told BT Sport: “Obviously we wanted to get back and be at the top, but the competition is so difficult in this league.

“The challenge for us was to come to this stage against a top, top team in the league and play and perform the way we have done today and deserve to win the game, and the boys did that.

“Just look at the last six years what City have done with the best manager in the world they have shown remarkable consistency. We have to be very respectful of that.”

Asked what had impressed him most, Arteta added: “For such a young team, the maturity that they showed, the composure they showed. The resilience and the courage, I would say, to play the way we wanted to play, it was phenomenal.

“It’s easy to say before the game, but actually to do it on the pitch against this opponent and these kind of players, it’s a different story.”

He was booked for a strong tackle on Marc Cucurella, who got away with a blatant foul on the England winger seconds prior.

Arteta was very animated on the touchline at some of the challenges on Saka this afternoon and joked after the game that he was “really calm”.

On Saka’s treatment, the Arsenal boss said: “You saw me on that touchline. I was really calm the whole time…”

Asked what the difference was between Sunday’s win and his side’s only defeat of the season at Manchester United, Arteta replied: “We lacked discipline that day.”