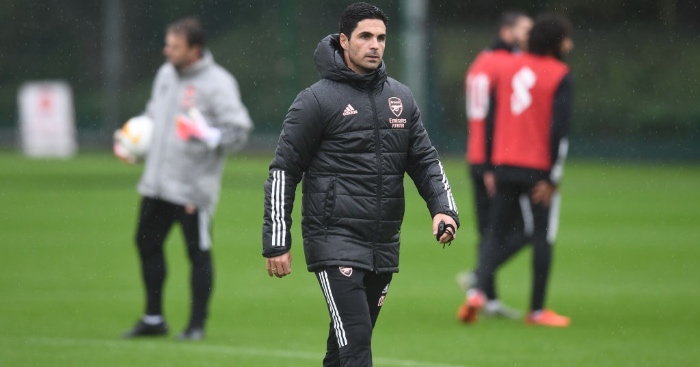 Arsenal manager Mikel Arteta has responded to Pierre-Emerick Aubameyang’s dry spell in front of goal following his new contract with the club.

The captain signed a new three-year deal last month after months of speculation regarding his future.

The Gabonese international was linked with a move to Barcelona but ultimately decided to remain in North London.

FEATURE: One per club: The Premier League Irreplaceables

Following the new deal, Aubameyang has only managed to score once in his first five Premier League appearances, which is a low return for a player with such high standards.

When asked about the spell, Arteta told reporters (via Daily Star): “With all the strikers, if you ask when they don’t score for two or three games if there are concerns, in my opinion the performance was not [a cause].

“He could have scored again on Saturday in a one-vs-one situation that normally he does.

“It’s trying to get in better positions as frequently as we can to try to give him the best possible chance.”

It looks like the Spaniard isn’t too worried about his player’s slow start to the season and will continue to start the captain up front.

Aubameyang became an integral player during the last campaign, scoring 29 goals in all competitions. He scored twice in Arsenal’s FA Cup final victory over Chelsea, and again in their Community Shield win against Liverpool.

One player that looks set to miss out for Arsenal this season is Mesut Ozil. The playmaker has been left out of Arsenal’s 25-man Premier League squad for this season, resulting in a backlash from the player and fans.

Ozil is understandably disappointed with the decision, yet Arteta has backed up his choice by stating that he has to do what is right for the club.

Arsenal’s next game is in the Europa League this evening against Rapid Vienna.