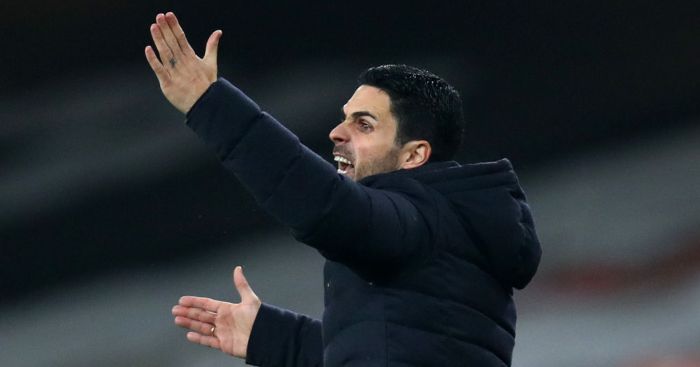 Arsenal boss Mikel Arteta has revealed that his “biggest concern” at the moment is getting Pierre-Emerick Aubameyang scoring goals again.

The Gunners have taken four points from a possible 18 in their last six Premier League matches, with Aubameyang only bagging two league goals all season.

That comes in stark contrast to the 22 goals he scored over the whole of last term with the Gabon international scoring just under 40 per cent of their 56 goals in 2019/20.

MAILBOX: All the reasons Arsenal should axe Arteta…

“I think we all are because the main goalscorer of the club at the moment isn’t scoring goals, so my biggest concern is how to help him more to score goals because we need his goals,” Areteta told reporters.

“How important Auba has been for this club in the last two years and how the goal sheet has been shared among the squad tells you his importance.

“He needs to be scoring goals if we want to be successful.”

Meanwhile, Raul Jimenez was involved in a sickening clash of heads with Arsenal defender David Luiz and was taken to hospital following having received 10 minutes of treatment on the pitch.

While his team-mates were clearly shaken by events, they rallied to win 2-1 as Pedro Neto and Daniel Podence struck either side of a Gabriel Magalhaes header to earn a deserved victory.

Luiz came off the better of the two after the fifth-minute clash with Jimenez but was bandaged up and bleeding, with Arsenal insisting they followed all protocols which allowed the Brazil defender to continue.

He was replaced at half-time by Rob Holding and manager Arteta explained the decision for Luiz to stay on.

“It was a really tense situation because the collision was surprising,” Arteta said.

“Straight away you could see the reaction of the players asking the doctors to come on the field – that is never a good reaction.

“The doc made all the tests and followed all the protocols to make sure he was fine, he responded really well to all of them.

“David wanted to continue but at half-time we decided to take him out because he wasn’t comfortable heading the ball.”

The loss was Arsenal’s third Premier League defeat in a row and means their start to the season is their worst in 39 years.

The Gunners sit 14th in the table but – a year to the day since Unai Emery was sacked as head coach.