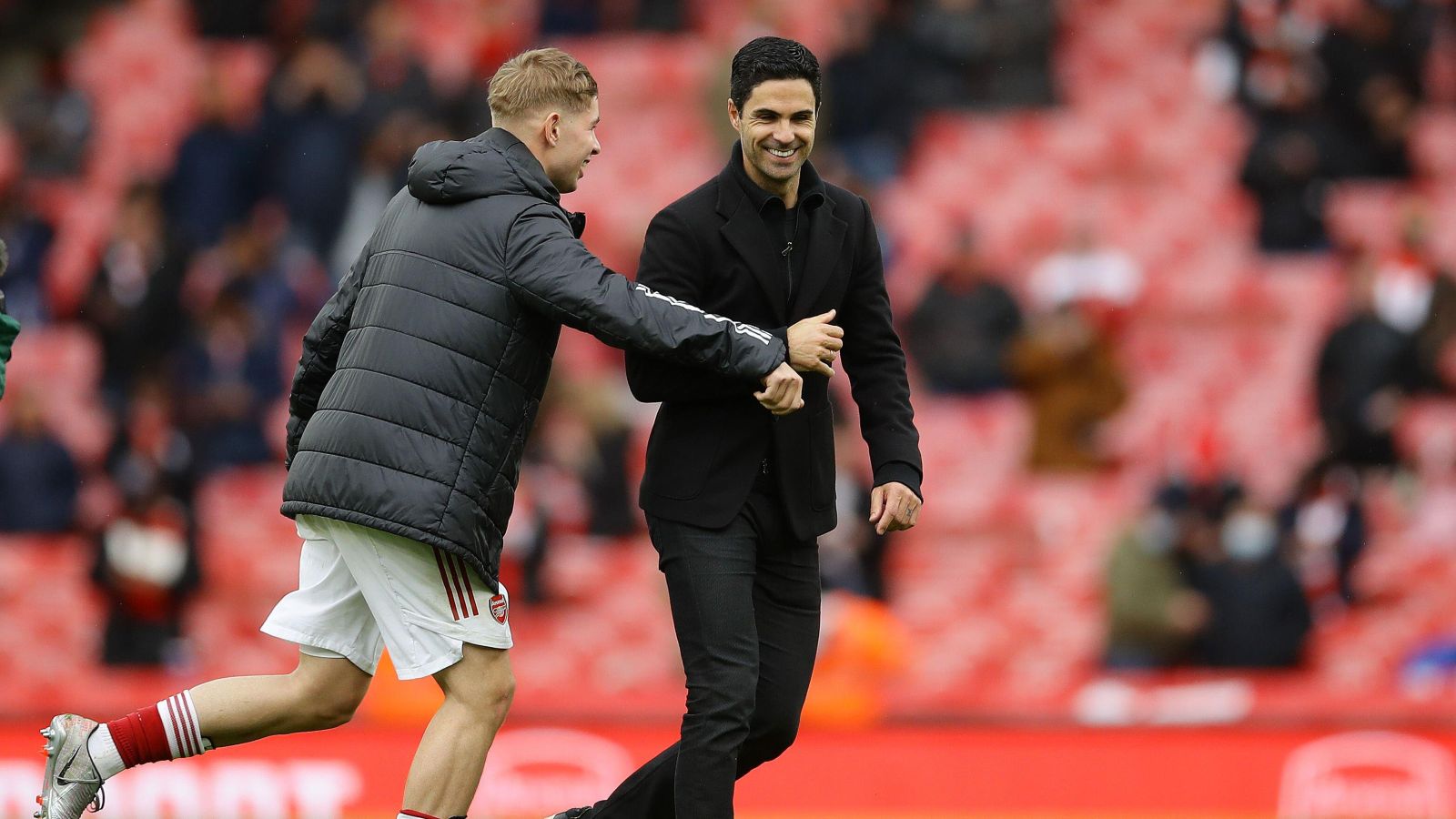 Arsenal boss Mikel Arteta thinks England international Bukayo Saka has a “target” on his back as he becomes a better player.

The Gunners have clicked under the Spaniard this season with 11 wins out 13 putting them top of the Premier League table heading into their final match before the World Cup break.

Saka has been in brilliant form this campaign, contributing four goals and six assists in the Premier League, with that form earning him a place in the England squad for the World Cup in Qatar.

Arsenal legend Ian Wright has complained about the rough treatment Saka is getting this season as he becomes one of the Gunners’ biggest threats and Arteta admits the England international will have a “bigger target” on his back in years to come.

Arteta told Sky Sports: “The referees have the duties to deal with that. The better the players become, the bigger target they become, because people try to find ways to stop him.

“That is why football has very clear rules, what you can do and what you cannot do, and that is the referee’s job.”

On how Saka, his team-mates and he can protect the winger against physical risk, the Arsenal boss added: “It becomes about the timing, the decision making, the space you have generated before that action, and the understanding and knowledge of what is going to happen before it happens.

“Sometimes [we can improve] the type of ball we give him and when we give him certain balls.”

Emile Smith Rowe made his first Premier League start in a 3-1 victory over Chelsea as Arteta trusted youngsters to ease the pressure on his shoulders in December 2020.

Arsenal were on a 56-day winless run with calls to sack Arteta intensifying and the Spaniard says Smith Rowe’s performance that day “helped shift momentum”.

Speaking about one of the most testing periods of his reign at Arsenal, Arteta continued: “There was a huge wall, it was really difficult for them.

“That game came at a really important moment. I don’t like to single out a player, but I think probably Emile Smith Rowe – that is the moment where he really appears into the picture and something changed and that helped shift momentum big time.”

On Lopetegui, Arteta said: “He’s a great coach, his career talks for itself, what he did at Sevilla, what he did in Portugal, what he did for the national team.

“He’s a really good coach, [he’s from] not far from where I live, so I know him really, really well and hopefully after tomorrow he can have a very successful period here.”