Despite his defender being linked with a move to Italy, Arteta remains supportive of Shkodran Mustafi. 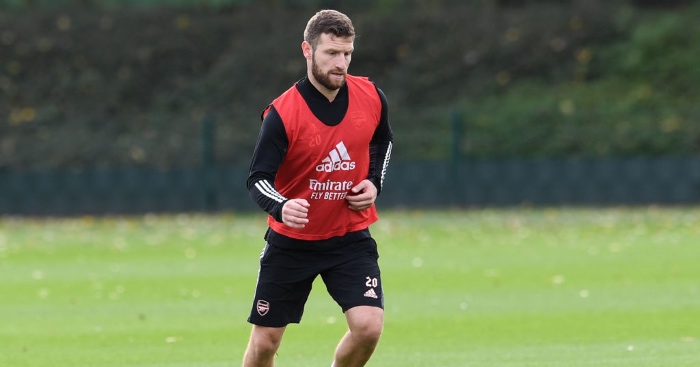 Arsenal manager Mikel Arteta has reinforced his trust in defender Shkodran Mustafi as speculation continues about his future.

He’s been linked with a move away from the Emirates after reportedly rejecting a contract extension.

That’s led to Arteta now having to openly state his trust in the player.

Speaking to reporters ahead of their Europa League fixture against Dundalk, Arteta said: “Mustafi is completely fit to play. Obviously the internal contractual situations are going to be discussed.

“I have been very happy with Mustafi since I joined, the progress he has made and the performances he has had.

“He had a long-term injury, he has worked so hard to get back into the position where he is today and I just want him to show again the trust that we have in him and get the performances that we have in the past from him as well.”

Mustafi* has also addressed the widespread rumours about his future. He said recently: “Well at the moment I was just happy to come back from injury, it was three long months – I was happy just to come back and be able to play again.

“We haven’t been talking about anything so there isn’t anything I can tell you guys.

“When I made a decision to sign for Arsenal it is because I respect this club.

“It is a huge club, that’s why for me if I could stay at Arsenal, of course it would mean a lot to me.

“At the end of the day, it was important for me in the last three months to come back after the injury and to be ready to play and to help my team.”

Arsenal play Dundalk on Thursday in Group B of the Europa League.

*Buy Shkodran Mustafi and thousands of other players on Football Index. 18+, UK and Ireland customers only, begambleaware.org. T&Cs apply.