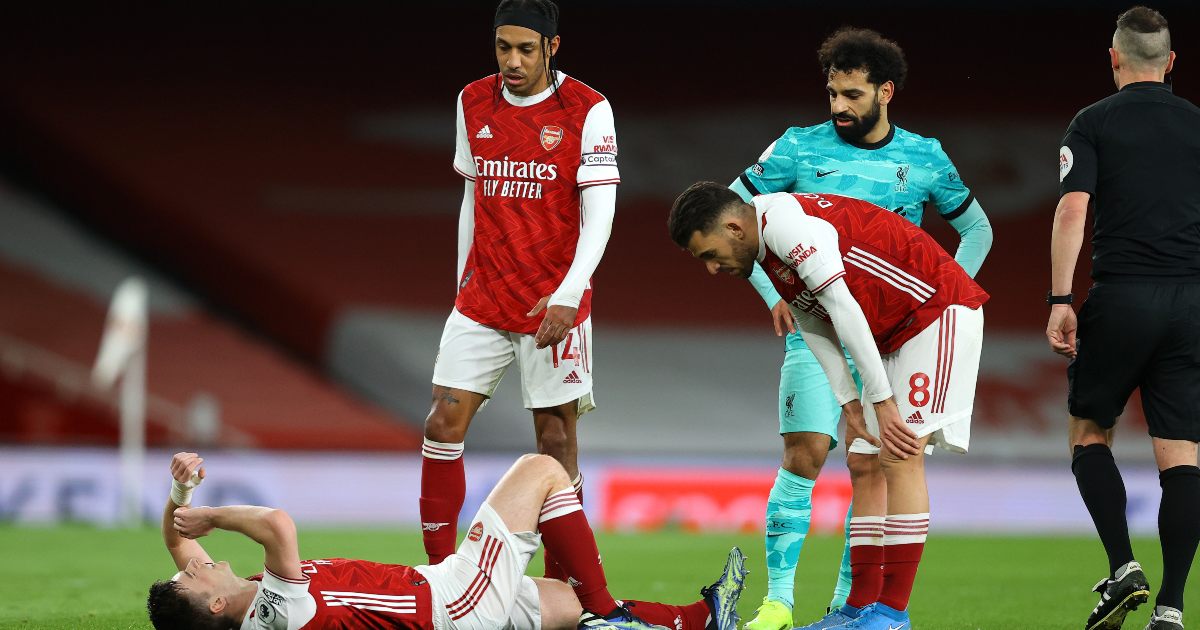 Tierney has been sidelined since April 3rd with a knee injury, while Lacazette continues to recover from a hamstring injury sustained in the 1-1 draw with Fulham last month.

And although Tierney participated in training at London Colney on Wednesday, it now looks as though he won’t be back until at least next Saturday, with Thursday’s all-important semi-final tie coming too soon for both him and Lacazette.

Speaking ahead of Sunday’s clash with Newcastle United, Arteta told Sky Sports: “They haven’t trained with us yet.

“So it’s unlikely we’ll have them ready in the next few games.”

The Spaniard made eight changes to the starting XI the Newcastle game, with David Luiz and Pierre-Emerick Aubameyang returning from injury and illness respectively. When asked why he felt the need for so much rotation, Arteta replied: “It was just to prepare for today’s game in the best possible way.

“We played 40 minutes [against Villarreal] with ten men, we had a crazy schedule with players who didn’t recover. Last week we learned a lesson with Laca – we need fresh players as well.”

Arteta admitted that the 2-1 defeat to Unai Emery‘s Villarreal was “not the result they wanted”, adding extra weight to the second leg at The Emirates. He recognises the importance of Thursday’s game, and is confident of his side’s prospects going into it.

“Obviously it’s not the result that we wanted, we managed to score an away goal which is important but at the end of the day, in a semi-final you need to win at least one of the games,” he said.

“So that is in our hands, to do it in our stadium and if we do that we have a big chance to get to the final.

“The Premier League is the competition where it is not in our hands to achieve what we wanted to do, because there are other teams in front of us.