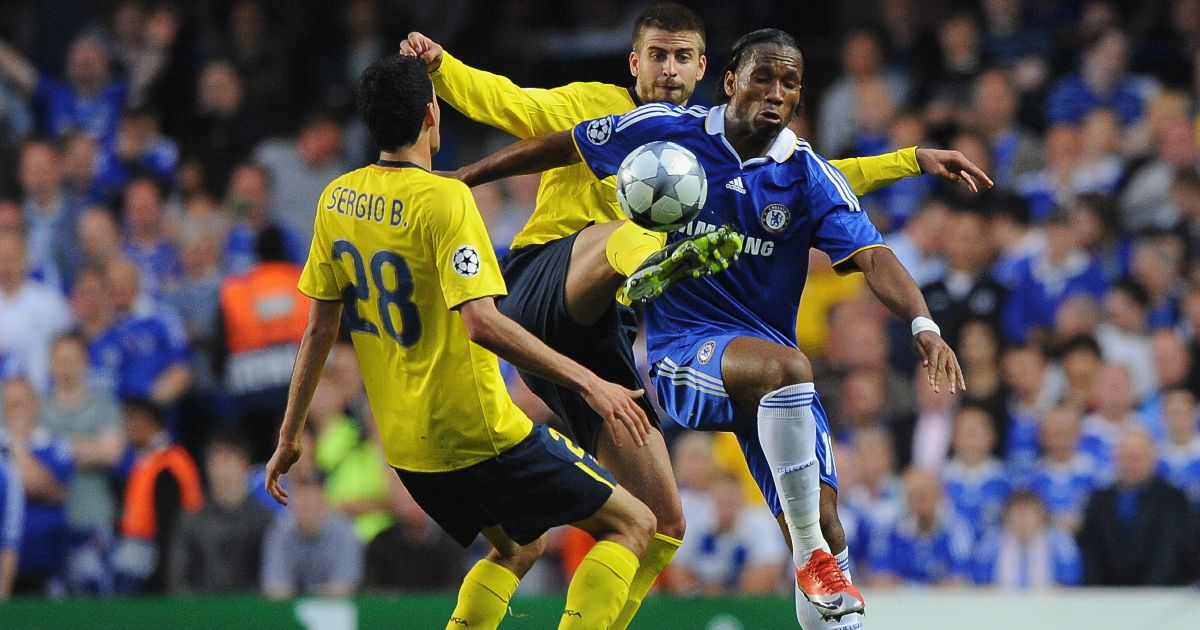 Former Chelsea midfielder John Obi Mikel has recalled the chaotic scenes in the aftermath of their 2009 defeat to Barcelona in the Champions League semi-finals.

The Blues had a number of appeals turned down by referee Tom Henning Ovrebo that night with a late Andres Iniesta strike eliminating Chelsea on away goals.

Drogba infamously branded the match a “f***ing disgrace” on live television as Guus Hiddink’s men crashed out the competition.

And Mikel, who currently plays for Stoke City in the Championship, has recalled some of his memories in the dressing room on that “really crazy night”.

“It was chaos in the tunnel and the dressing room afterwards,” Mikel told The Athletic. “Bottles, things flying everywhere. Tables were being smashed. Everyone was shouting and screaming.

“Mind you, one could say that was normal after that Chelsea team lost games!

“I don’t know about now but losing back then was definitely not acceptable at all… but that was a really crazy night. Drogba lost it on the pitch and then it just carried on from there.”

In an interview a couple of years ago, Ovrebo revealed how he wished VAR had been available at the time after he missed two handball shouts and a clear penalty when Drogba was brought down by Eric Abidal.

“I wish I had the help of the VAR that day,’ Ovrebo told Panenka magazine.

“After the first half, my assistants and I felt that we had control. At the end of the match, however, I did not have that feeling. When I got to the dressing room I thought: ‘Okay, Tom Henning, this has not been your best night’.”

He added: “I must admit that inside I was boiling. It was in the dressing room that I realised how controversial everything had been.

“In the space of two hours, I went from being a fairly respected referee to becoming the biggest fool in international football.”

Drogba apologised for his sweary outburst in the days after the match and accepted that he had “overreacted”.

The Chelsea legend said: “I was very upset at what happened during the game, but having seen the pictures on TV I accept that I overreacted.

“I also accept that the language I used did not set a good example for those watching at home, especially children.

“I regret that in the heat of the moment I let out my incredible frustration and disappointment in this way, and for that I apologise.”