Home All The News Mikel: Why I rejected Manchester United to join Chelsea 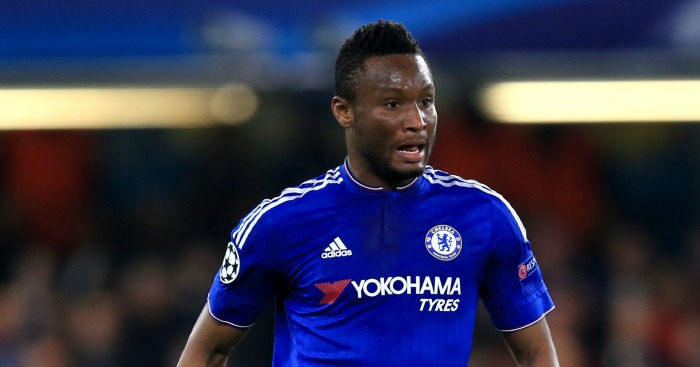 Mikel was the subject of intense interest from both Premier League clubs in 2005.

United announced that they had agreed a deal to sign the midfielder from Lyn Oslo in January 2006, with the player costing £4million.

But Chelsea refuted those claims, stating that they had an agreement to sign the player instead.

United arranged a press conference to unveil Mikel in a club shirt, but confusion arose when he went missing.

United assistant manager Carlos Queiroz accused Chelsea of “kidnapping” the player, only for Mikel to publicly state that he was pressured into signing a United contract and that he wanted to join Chelsea instead.

He moved to the Blues in summer 2006 after Chelsea agreed to pay United £12m and Lyn Oslo £4m, but Mikel says his motivations were purely selfless.

“My Dad wasn’t too pleased about what happened,” Mikel told the Players’ Tribune. “He wanted me to go to Manchester United because he loved Alex Ferguson.

“Back home in Nigeria, a lot of people were saying I should go to United because of how well they work with young players, whereas Chelsea just bought superstars.

“I had all these people on both sides fighting over me. Agents, managers, strangers, guys handing me papers. I had Sir Alex Ferguson calling me on the phone on one side. And I had Roman Abramovich on the other side, putting me up in London, hiding me somewhere where only a few people knew where I was.

“It was really confusing, and I was a kid, you know?

“After a while, someone from FIFA gave me a phone call. They said, ‘Listen, we know you’re young and you have these two clubs fighting over you. We can’t decide for you. You can only go where you want. You have to tell us.’

“I thought about it for a long time. It was the biggest decision of my life. You know what made my mind up? Chelsea had signed three other players from Nigeria along with me.

“They were staying with me at the house in London to keep me company. These guys … their lives depended on the decision I was making. If I went to United, they were gone. If I went to Chelsea, they were going to have a career. No matter how long it lasted, that was important to me. Just to give them a chance, you know?

“I chose Chelsea, and four lives changed that day.”