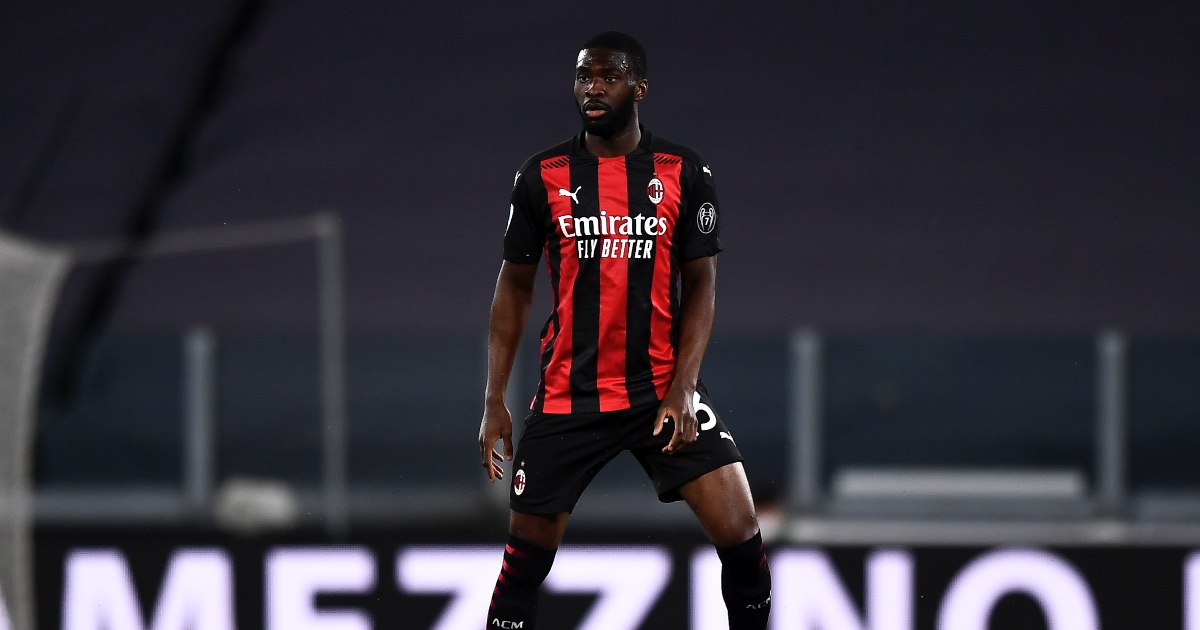 AC Milan are keen to keep hold of Fikayo Tomori after he has impressed at the San Siro on loan this season.

The 23 year old made the move away from his parent club Chelsea to try and improve his game, but seems to have done enough to earn a permanent transfer to the Italian outfit.

Tomori made 17 Serie A appearances for Milan whilst on loan and has been a big part of securing the club’s 2nd place finish this season.

When the loan deal was completed in January a clause was agreed between the two clubs for a purchase option in the summer.

It’s been reported by Goal that the fee agreed was around £26m, but the Rossoneri are trying to negotiate with Chelsea for a lower fee.

The European Champions don’t seem desperate to hold on to the England international, but are rumoured to want the full fee in order to complete the deal.

The Milan manager, Stefano Pioli, has already stated the clubs position on the transfer and their intention to make the deal permanent.

Pioli said: “We want to buy Tomori on a permanent deal from Chelsea. Our intention is clear and also Fikayo’s decision. We’ll see what happens at the end of the season.”

Tomori has also spoken positively about his time in Italy and the pride he feels playing for the club.

“When I go to the training ground and see the pictures and names on the wall of people who have set records, like Shevchenko, Maldini, Kaka and Seedorf, and I’m thinking that they’ve all been here, they’ve all sat in these changing rooms, played on these pitches. All those moments fill you with pride. You breathe it in.”

There could be a lot of change at the back for Chelsea this summer after Tuchel’s reimagined defensive system.

Chelsea are looking at extending Thiago Silva’s contract to bolster their defensive outfit which points towards the likelihood of Tomori leaving.

The Brazilian’s initial 12 month contract is coming to an end it’s anticipated that the Blues will offer him another year extension after an impressive first season in West London.

Kurt Zouma could be another casualty of the Tuchel’s back 3 after losing his place to Silva and is rumoured to be open to offers for a move away from the club.