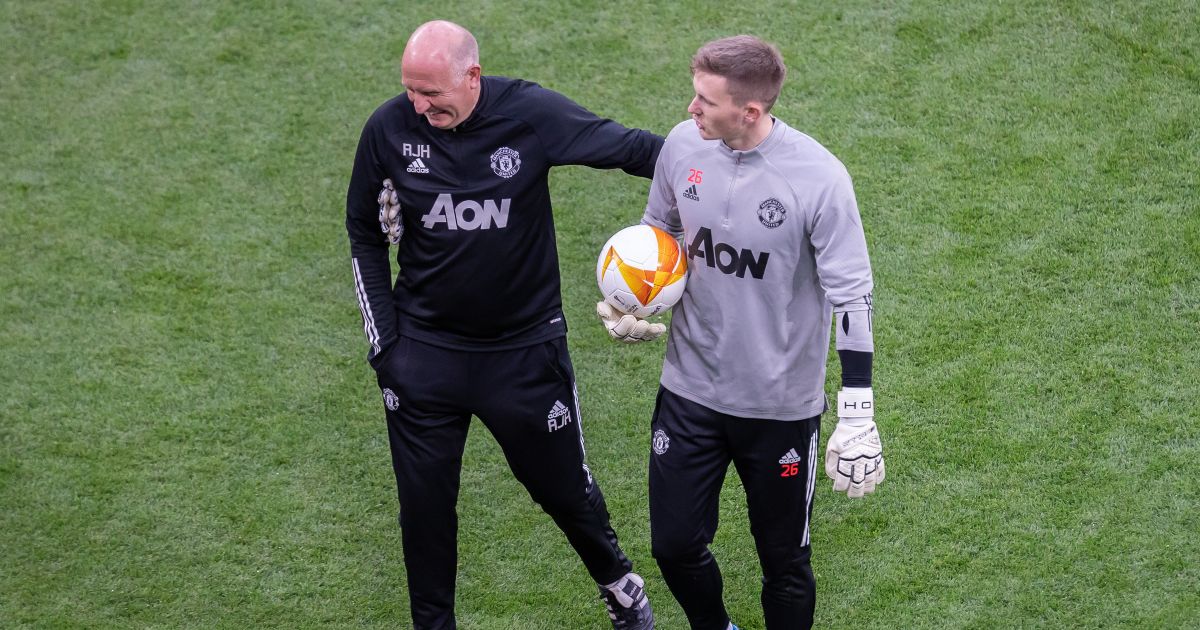 AC Milan are ready to take Dean Henderson to Serie A after reports emerged that Man Utd coaches are unhappy with his attitude.

After a string of loan spells away from Old Trafford, including two impressive campaigns with Sheffield United, the 24-year-old this season competed with long-serving star David de Gea for a starting berth.

Henderson was on the bench more often that not at the start of the 2020-21 season, only to establish himself as United’s Premier League goalkeeper towards the end of the campaign.

It will be interesting to see what Ole Gunnar Solskjaer does about his goalkeeper situation during a summer when Henderson will be serving as back-up to England’s established first-choice Jordan Pickford at the Euros.

And Football Insider reckons Henderson could be on his way out of Old Trafford with AC Milan ‘readying a bid’ for the Man Utd goalkeeper.

The Italian outfit see Henderson as ‘a potential replacement for PSG-bound Gianluigi Donnarumma’ and the Man Utd star is ‘keen to leave Old Trafford if he is not the number one next season’.

It is ‘deemed unlikely’ that Henderson will hang onto the number one spot at Man Utd with Ole Gunnar Solskjaer’s coaching staff unhappy with his attitude.

In a previous report on Wednesday, Football Insider revealed how he is viewed as a ‘big time Charlie’ behind the scenes ‘and that has not gone down well with Ole-Gunnar Solskjaer and his staff’.

Man Utd are ‘open to offers’ for Henderson while Solskjaer is understood to be ‘open to selling’ either the England international or De Gea.

Henderson’s wages make him ‘more affordable’ than De Gea for clubs and AC Milan are ‘preparing a bid for Henderson’.

Tom Heaton is coming in on a free transfer to bolster the goalkeeping department and Football Insider add that Man Utd have ‘set their sights on signing a second senior goalkeeper this summer’ if they can sell one of the two.

Meanwhile, Henderson recently admitted that Pickford deserved to be the number one goalkeeper for England at the Euros.

“Jordan deserves this tournament, obviously he was brilliant at the World Cup.

“I’ve got a lot of time for Jordan, obviously he’s a northern boy like me, we get on really well and he’s been fantastic in an England jersey, so he deserves this tournament.

“And I’ll be there ready, like Sam (Johnstone) will be as well, if the opportunity arises and one of us get on the pitch.

“But my aim for this tournament is to help Jordan in the best way I can and really support him for him to perform the best for our country because it’s the team work and hopefully it’ll make the dream work.”