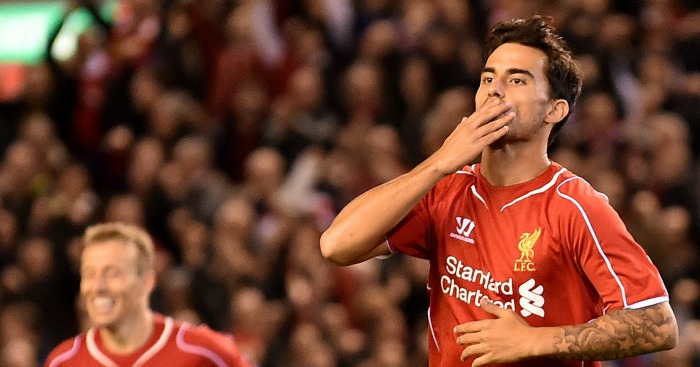 AC Milan winger Suso admits he “would like to play for Liverpool again some day”.

Suso joined Liverpool in 2010, but failed to have a lasting impact at Anfield before leaving in 2015.

The 24-year-old has since realised more of his potential at AC Milan, scoring 15 goals in 95 games for the club.

Such form has led to speculation that he could one day return, and the player himself is certainly open to it further down the line.

“In a sense I became a man before I became a footballer,” Suso told The Guardian. “It was very hard with the lifestyle and language.

“But to this day I remember everything. I did not play that much but I got to know Steven Gerrard and be a team-mate of players such as Luis Suarez, Philippe Coutinho and Jamie Carragher. I’ll never forget my experience at Liverpool.

“Premier League football is different, I would call it special: I would like to play for Liverpool again some day. I grew up there and it is a big club.

“I’m very happy at Milan. Always when there are rumours about me leaving I reiterate that I am happy here and I think the club is with me.

“I have a release clause and that was something both the club and my agent wanted. If the club wants to continue to be among the top sides and count on me then I am here for them.”