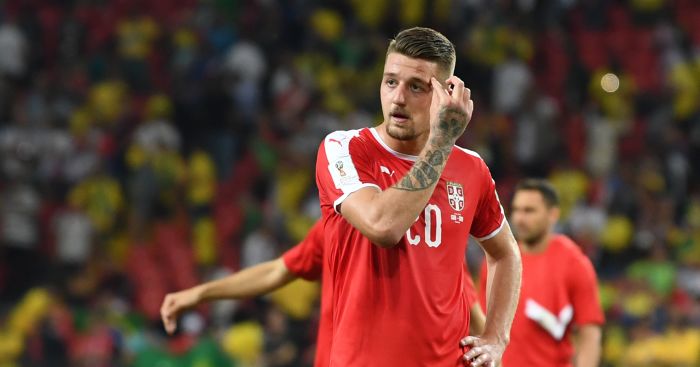 Sergej Milinkovic-Savic says he is “content” at Serie A side Lazio despite rumours he could be on his way to Manchester United this summer.

Barcelona are understood to have pulled out of the race to sign the midfielder and now the Red Devils are favourites to sign him.

United have already completed the permanent signing of Fred but are still thought to be keen on adding another midfielder to their ranks, despite Marouane Fellaini set to sign a new deal.

Following Serbia’s exit from the World Cup, Milinkovic-Savic has admitted he needs some time to consider his future.

“I need a little bit of rest now,” Milinkovic-Savic said.

“I’ll return to Rome and I would be happy if I stay at Lazio, as I’m content there and I have a contract.

“I read something different in the papers every day, but I haven’t thought about it yet. First, I’ll rest for a bit, then we’ll see.”