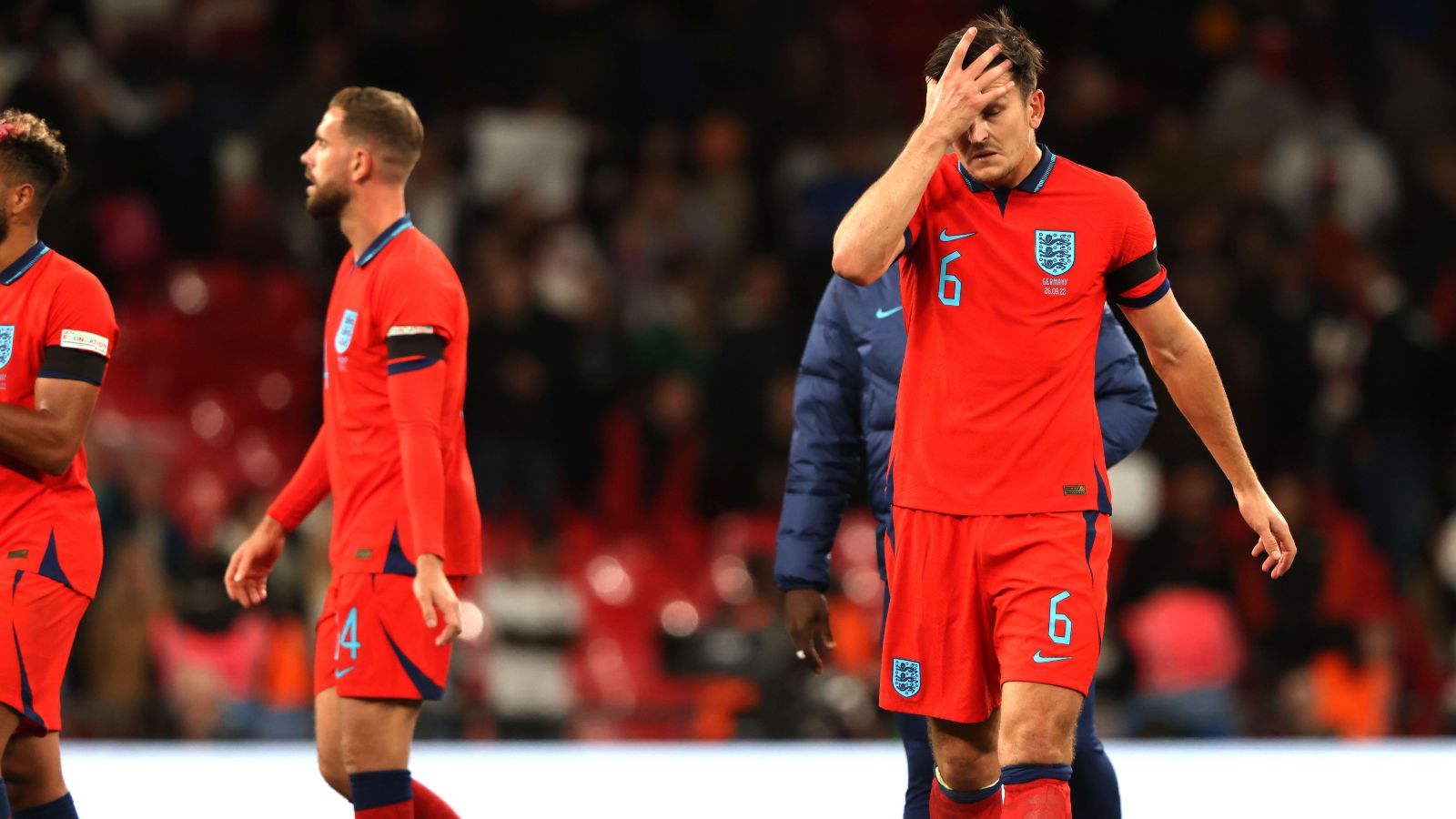 Former Leeds United defender Danny Mills insists Harry Maguire “has to play” for England as Gareth Southgate is short of options at centre-half.

The Manchester United defender has been criticised over the last couple of seasons for his appearances at club level with Erik ten Hag deciding to start him on only two occasions in the Premier League this campaign.

That has led to some people questioning his call up for the latest England squad which lost 1-0 to Italy and drew 3-3 with Germany at Wembley on Monday night.

And Maguire didn’t disappoint his critics with a terrible mistake to gift Germany their opener last night. The Man Utd defender passed it straight to Jamal Musiala before bringing the youngster down in the box to give away a penalty.

There has been outrage that young centre-backs Fikayo Tomori and Marc Guehi have not been given more of a chance, while Ben White, Conor Coady and Mings are also possibilities.

But Mills has explained that Southgate is unlikely to try fairly untested options with the World Cup just around the corner.

“I think it’s really difficult in defence because there is a real lack of quality at centre-half,” Mills told talkSPORT.

“It’s a big issue. Lack of experience and quality in there. Maguire has been there, seen it, done it in big tournaments.

“[John] Stones picks up another injury. If he is not fit, you have to pick Dier, because who else is there?

“White isn’t good enough to play centre-back for Arsenal. Tomori and Guehi have six caps between them.

“You’re going into a major tournament. It’s not about playing scintillating football, it’s about not losing games.

“England will get out of the group and then it’s about beating the big teams. You need players you know who have experience in that.

“You can’t throw Tomori and Guehi into that.

“Maguire hasn’t been playing so you need to give him game time. He missed a load of games leading up to the Euros and got into the team of the tournament.

“Defensively, we are weak. A couple of injuries and we are in serious trouble. Maguire has to play because there aren’t the options.”

Mills added: “They’re not international quality. The step up is massive, absolutely huge.

“You can’t just throw untried, untested players in. Especially in a partnership.

“I think Coady is next on the list. You know what you’re going to get, he’s got a few caps, he’s solid, he’s steady, he’s a good lad, he’s a good pro.

“He won’t cause issues if he’s not getting picked.”

When asked why Mings wasn’t a possible option, Mills replied: “Because he’s terrible. I think Maguire is better on the ball.”