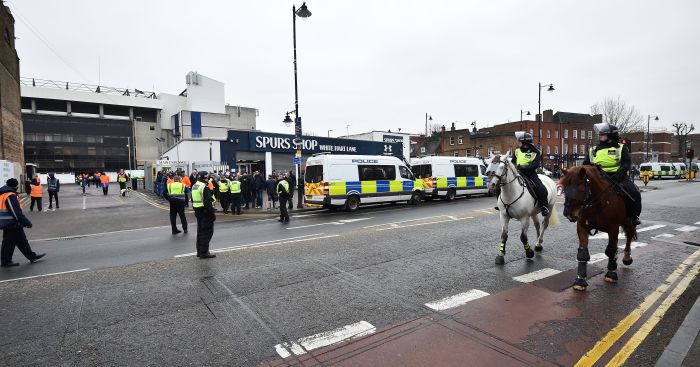 Tottenham forward Son Heung-min was subjected to racist chants by a section of the travelling Millwall fans during their FA Cup quarter-final clash on Sunday.

The South Korean scored a hat-trick as Spurs eased through to the semi-finals with a 6-0 win over the League One side.

However, Son was targetted with chants of ‘DVD’ and ‘he’s selling three for a fiver’ from an element of the away side’s support and Kyle Walker even appeared to acknowledge the chants when he celebrated Son’s first goal by pointing at the away crowd.

Football is pretty good at karma. Millwall dicks chanting at Heung-Min Son deserve all they got.

The chants were thought to be referring to traders of bootleg copies of DVDs which is a well-known racist term when aimed at Asian footballers and the FA may yet take action.

There was a heavy police presence around the ground before kick-off, with more than a dozen police vans lining the front of the stadium to contain supporters, who exchanged unpleasantries as well as throwing bangers and flares at each other.

FA has to investigate chants aimed from the Millwall end at Heung-min Son.