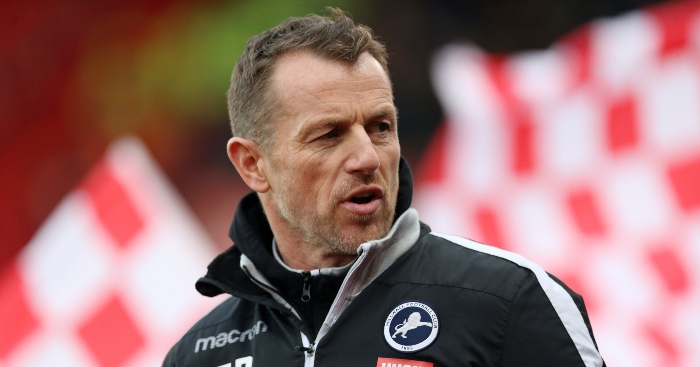 On extremely rare occasions in life, there comes a moment, a crossing of paths between two entities destined for nowhere. And sometimes, just sometimes, those two entities can spur each other’s negative energies into something overwhelmingly positive. It may sound like something from the musings of American scientist Daniel Dennett, but what’s happening at the Den is wonderful chemistry between Millwall and manager Gary Rowett.

First though, the cold hard maths. Only London rivals Brentford have collected more points than Millwall’s 30 since Rowett’s October appointment. Teams who don’t play in white are green with envy with the capital club’s punishing home form; only Preston, Fulham and Derby have picked up more points on home territory. Millwall have already matched their points tally for last season with 18 left to spare of this one.

In plain English, Millwall are fast becoming one of the best clubs in the EFL.

Now, it is a myth that the phrase ‘elementary, my dear Watson’ ever actually appeared in Arthur Conan Doyle’s works of Sherlock Holmes, and it is a myth of similar proportions to believe that Millwall’s improvement can be chalked down to one simple change.

For Rowett, the lesson has been clear; leaving the Midlands was the best thing the 45-year-old could do, with the former Burton Albion and Birmingham City manager having already amassed as many wins in his three months at the Den as he did in his entire, brief Stoke City tenure.

This was a manager whose managerial stints had been decreasing in both quantity and quality at a near-exponential rate. From promotion to the EFL with Burton to being harshly and oddly dismissed at St Andrew’s despite being on the cusp of a play-off place, Rowett’s more recent managerial record saw his sole full season at Pride Park end with a typical post-Christmas slump in DE24 before winning just nine of his 29 games in charge at the recently relegated Stoke City.

A once-promising manager’s glittering reputation was becoming far too heavily based on his glum, Brum P45. Reinvigorated by one of the most unglamorous and universally despised sides – not that they care – in the country, Rowett’s downtrodden, down in the dumps attitude was mirrored almost exactly by a Millwall side headed for another season of mediocrity at best, only this time without their popular manager Neil Harris, he of pastures new in the Cardiff City hot seat.

But while Cardiff have swapped a Neil for a Neil and broken even, Millwall and Rowett are learning the fun way what a change of scenery can do for both club and individual. A side which had conceded five goals in the two games preceding Rowett’s arrival would go on to keep two clean sheets in a run of three wins from four first games at the helm. The ball has not hit the back of their net in any of the last three outings in all competitions. Such defensive form bookends a rise in consistency and an ability to win on the road which was long absent under Rowett’s predecessor.

The exciting midfielder Jed Wallace has become the lynchpin of such a run of form. His talent has been long apparent, but Rowett is bringing out the best in the former Portsmouth and Wolves winger. How many other players can lay claim to creating more chances than eight Championship teams in Saturday’s fixtures and have only seven players in the division better him in successful tackles? The very definition of all-round.

All-round to well-rounded. Harris’ commitment to 4-4-2 could be good, but never good enough to take Millwall to the next level. Fluid tactical formations, switches, and effective substitutes all aid the man-management which has seen every member of the squad buy into this out-of-the-blue Rowett revolution. So much so that on-loan goalkeeper Luke Steele, who made just one appearance before being recalled from the Den, left a goodbye message filled with more than just empty platitudes about the great team spirit in this corner of south London.

Like many of the few excellent sides in the second tier this season, there are few to no big names in the squad. No former Premier League stars riding the crest of a last payday, no airs and graces about the playing staff, no compromises. It’s almost like we’ve seen it work before with Chris Wilder and Sheffield United.

Aside from Wallace, it is hard to pick out key men because this is a team, now more than ever. The emergence of on-loan midfielder Jayson Molumby is exciting, the little-and-large partnership of Matt Smith and Tom Bradshaw up front is paying dividends, and the versatility of Murray Wallace is proving incredibly useful at the back.

This is not a long-term project like we are seeing across the city at Brentford, nor is it the result of an excellent transfer window as seen at West Brom, or in hiring a once-in-a-generation manager such as Marcelo Bielsa. No, in this case, the science is simple, the maths adds up and it really is elementary. Rowett + Millwall = Success. Now that’s an education all Millwall fans can get behind.