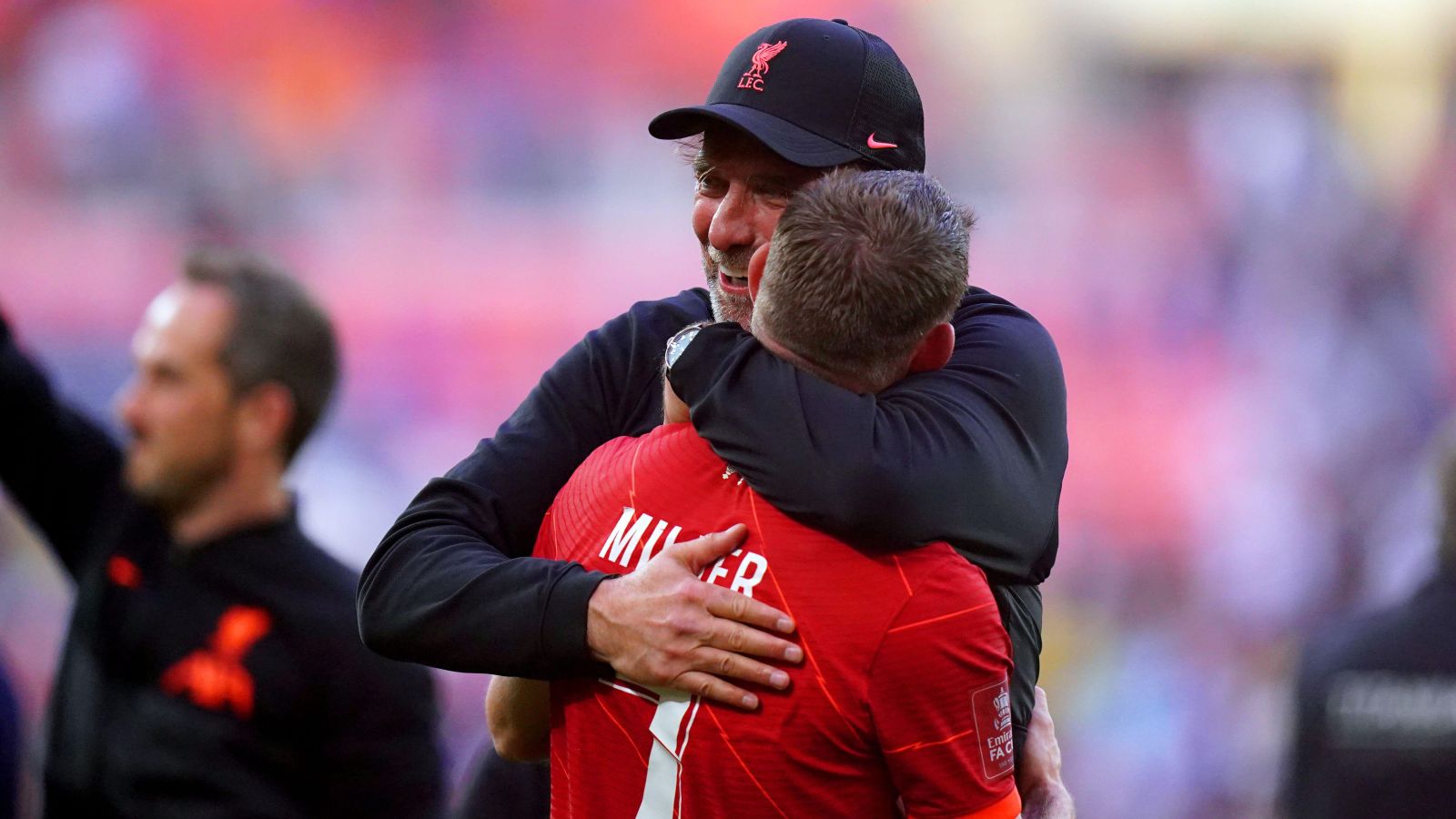 James Milner has claimed that Liverpool boss Jurgen Klopp used his Cristiano Ronaldo-branded boxers to calm nerves ahead of the 2018 Champions League final.

Sadio Mane cancelled out Karim Benzema’s opening goal before Gareth Bale struck twice – one of which was a spectacular bicycle kick – to give Real Madrid a 3-1 victory in 2018.

There will be a repeat of that final tonight as Liverpool take on Real Madrid in Paris in the 2022 Champions League final and Milner has been doing an interview with former Reds midfielder Jamie Redknapp ahead of the event.

Liverpool: What they need this summer, and how likely they are to get it

In a transcript of the interview with the Daily Mail, Milner tells Redknapp how Klopp keeps the spirit in the dressing room and reveals a story about Ronaldo’s boxers.

Milner: (pauses) “Genuine. Energetic. Fun. When he does his team talks, it’s not joke, joke, joke, but he’ll always try to soften them. Like the 2018 Champions League final. He was doing his usual pre-match meeting — talking about the game, the tactics, what we’re going to do, what they’ll do. But he knew there would be tension.”

Redknapp: “As there would be when you’re about to face a team including Cristiano Ronaldo in a final. What did he do?”

Milner: “He had his Ronaldo boxers on.”

Redknapp: (laughs) “He whipped out his CR7-branded boxers?”

Milner: “That was his way of trying to relax the boys. Around games, he’ll think, ‘What is the narrative?’ Like if something’s on the lads’ minds that they’ve seen on social media. He’s good at nipping things like that in the bud.”

Redknapp: “Obviously that 2018 final wasn’t your day, but I don’t think we can blame Klopp’s undies for that. There was that injury to Salah, and that wonder-goal by Bale. What do you recall?”

Milner: “We went behind, then were level. We were flying around and our press was good. Then there’s this hopeful cross and (Gareth) Bale does what he does, out of nothing. He had no right. It was incredible and changed everything. Not enough gets said about that — it didn’t even get Champions League goal of the season.”