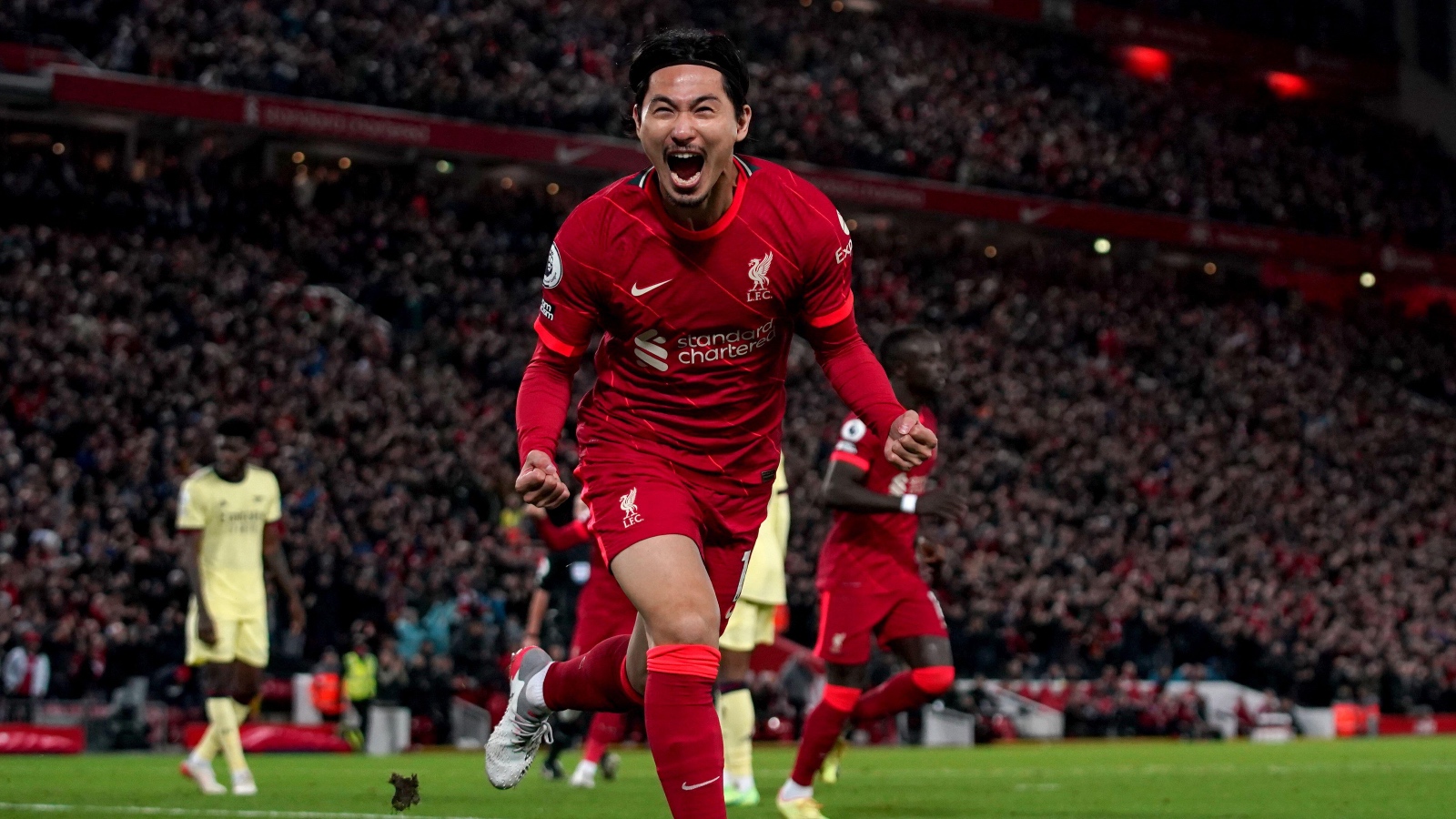 Takumi Minamino is reportedly closing in on a departure from Liverpool with at least five clubs interested in signing him this summer.

Jurgen Klopp is said to be willing to allow the Japan international to leave for around £17m and the club expects a deal to be done quickly.

MEDIAWATCH: Darwin Nunez is either ‘simply too expensive’ for Liverpool to pursue or they will SMASH record

That’s according to thisisanfield.com, who claim Minamino’s agent, Yuruke Akiyama, is currently holding meetings with a number of clubs as he looks to secure a move for his client.

Leeds boss Jessse Marsch is said to be keen on reuniting with Minamino having working with him at RB Salzburg.

Southampton would also like the 27-year-old to return to St Mary’s after his loan spell during the second half of the 2020-21 campaign.

There is also interest from Wolves and newly promoted Fulham, who have lost Fabio Carvalho to Liverpool, while Ligue 1 side Monaco are also thought to be in the mix.

£17m, while not a huge sum, will go some way towards the £85m the club need to make up to sign Darwin Nunez.

Liverpool reportedly see Benfica striker Nunez as the ‘perfect fit’ for their system and a ‘big chunk’ of his £85m fee could be made through player sales this summer.

A report from Portugal on Wednesday claimed Liverpool have already made a club-record £85m bid for Nunez, who has also attracted interest from Manchester United and Newcastle.

And while The Athletic claim no such bid has been made, they do report that Jurgen Klopp and his staff see the striker as ‘the perfect fit in terms of his style and his ability to play out wide and through the middle’.

Liverpool are still considering other targets and are wary of getting drawn into a bidding war, but Klopp is a big admirer.

The Reds boss said after Nunez scored in both legs of their Champions League quarter-final clash: “Extremely good looking boy, huh? And a decent player as well. Really good. I knew before, of course, but he played pretty much in front of me with his tough battles with Ibrahima Konate.

“He was physically strong, quick, was calm around his finish. I always say in these situations if he is healthy, it’s a big career ahead of him.”