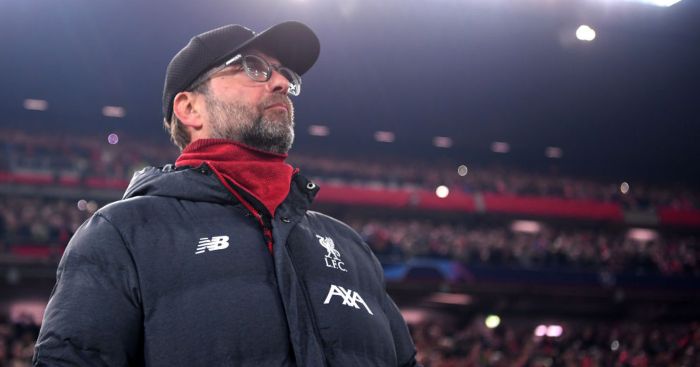 The signing of Takumi Minamino will concern Liverpool’s rivals more than the Reds’ current ten-point advantage in the Premier League, as the stark realisation dawns that the runaway leaders are even further ahead of the curve off the field as they are on it.

Jurgen Klopp described Takumi Minamino as a player who “makes the best of himself for the benefit of others” after it was announced that he would join Liverpool on January 1 after passing a medical on Wednesday.

There was a reason Klopp was quick to laud Michael Edwards – Liverpool’s director of football – for being aware of the paltry £7.25million release clause. His relationship with RB Salzburg counterpart Christoph Freund continues to bear the sweetest of fruit, and the champions-elect keep setting the transfer bar high in quality, but astonishingly low in price.

If other ex-Salzburg players are anything to go by, Minamino looks set to be another name on an extending list of stellar signings under Klopp and Edwards. Sadio Mane came first – via Southampton – and is currently the best player on the planet; Naby Keita has followed with standout performances that suggest it is now, rather than never.

During Klopp’s tenure, Liverpool haven’t made what wordsmiths describe as ‘a transfer f*** up’. Dominic Solanke and Lorius Karius may not have worked out, but at £4million a piece, it hardly mattered. Many baulked at £75million for Virgil van Dijk, who is now worth twice as much. The same treatment was afforded to Mo Salah, who cost an absurdly small £38million in hindsight. And then there’s the £10million they paid for Andrew Robertson. ‘Punts’ have paid off and big-money signings have increased their value tenfold.

Manchester United, meanwhile, have been transfer f***ing up all over the place, with Alexis Sanchez, Nemanja Matic and Romelu Lukaku flopping to varying degrees and an exorbitant sum paid for Leicester’s third best centre-back. As a result Ed Woodward finally seems to be weakening his resistance to installing a sporting director at Old Trafford. It seems that watching Champions League highlight reels, spotting a 6ft 4ins goal machine and asking ‘how much do you want for Erling?’ doesn’t wash as a transfer policy – particularly when you are missing out on a £7.25million bargain playing in the very same team.

An FSG source recently told The Athletic that “the respect and value Mike Gordon places on Michael Edwards is almost impossible to quantify,” comparing his status to that of Klopp himself. It’s hard to disagree when you consider the other sporting directors around.

Michael Edwards’ signings as technical, then sporting director at Liverpool.

Arsenal do not currently hold Raul Sanllehi and Edu – their transfer team – in the same high regard. Their summer signings, Nicolas Pepe for £72million among them, failed to provide any sense that the Gunners are following Edwards’ example at Liverpool, instead hinting at a fleeting review of transfer gossip columns.

Marina Granovskaia and Petr Cech’s nous will be tested in the upcoming January transfer window as they look to build with Frank Lampard at Chelsea – whose claims that he will have a “big say” in who they bring in carry scepticism at a club where managerial clout previously meant little in the transfer market.

And it’s just a matter of time before Jose Mourinho and Daniel Levy lock horns over Spurs’ transfers, or lack thereof.

Manchester City seemed again to do smart business in the summer, but now look foolish for their lack of due care over centre-back cover, and are staring a squad overhaul in the face as the departure of David Silva in the summer indicates a necessary changing of the guard for the reigning champions.

It’s Brendan Rodgers and his sporting director, Jon Rudkin, that mirror the Klopp-Edwards Liverpool partnership most. The Foxes signed developing continental talents Caglar Soyuncu and Ricardo Pereira – as well as James Maddison – in 2018, each for around £20million. And followed that up this summer by securing Youri Tielemans for £40million, arguably the Premier League signing of the season. But as is frustratingly the case with all ‘lesser’ Premier League sides, this Leicester team will have a shorter shelf life than the top six, and surely hold no long-term hopes of keeping up with Liverpool.

So the signing of Minamino may be a clear departure from Klopp’s usual transfer business, but it looks to be the latest in a transfer history devoid of the f*** ups that have left the rest of the Premier League trailing in their wake.

The Japan international has reportedly signed a four-and-a-half-year deal at Anfield in a stint that could see Liverpool achieve unparalleled glory, as they continue to steal a march over those that wantonly splash cash in search of a quick fix, rather than gradually build networks that ultimately lead to far greater and more enduring rewards.