Home Bournemouth Mings: ‘I didn’t mean to stamp, that’s just not me’ 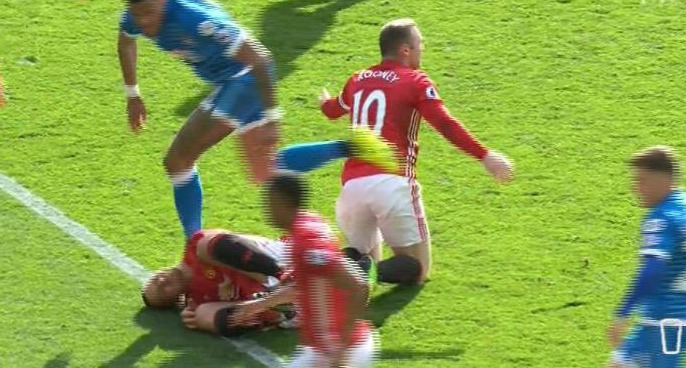 Tyrone Mings has denied that he intentionally stamped on Zlatan Ibrahimovic’s head.

Speaking in the post-match interview, Mings denied that he would ever do something so violent.

“Of course I didn’t do that,” Mings said.

“I would never do that. That’s just not part of me.

“Hard and fair. That’s how I play the game. It’s how I’ve always played it.

“He [Ibrahimovic] is who he is, a physical player.

“I knew what I would be in for. I don’t know if there was an elbow.”

It’s hardly any surprise that Mings did not come out and admit guilt, and only he will know whether the incident was deliberate.

Still, that might not stop the Football Association charging and banning him.

Tyrone Mings on Zlatan Ibrahimovic: "He is who he is, a physical player. I knew what I would be in for. I don't know if there was an elbow." pic.twitter.com/VogyRIqSnU