Home Bournemouth Mings stamps on Zlatan’s head, Ibra gets him back 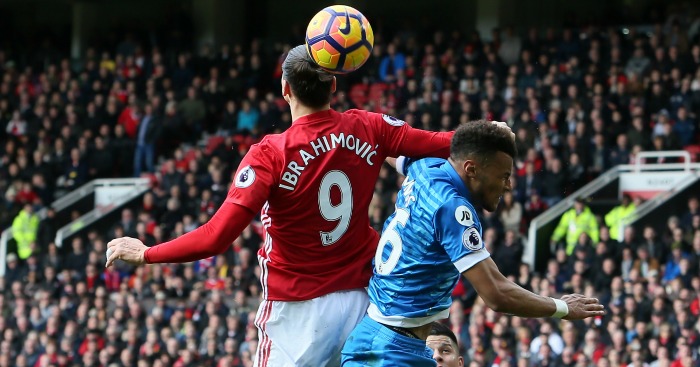 The central defender and striker had already clashed several times during the first half, when Ibrahimovic tripped over teammate Wayne Rooney and fell to the ground. With Mings running past Rooney, the Bournemouth player trod down with his foot on Ibrahimovic’s head.

Carragher: "That stamp from Mings was horrific and he deserves a smack for that"pic.twitter.com/Yj3FvEl0vf

Ibrahimovic looked up after the incident and clearly spotted what had happened. That became more evident when a cross was delivered into the box, and Mings fell to the floor.

Bournemouth’s players were incensed and surrounded referee Kevin Friend, who spoke to both his assistant and Wayne Rooney.

Replays showed that Ibrahimovic deliberately elbowed Mings in the face, presumably as a reaction to Mings’ assault.

Both will now wait to see if they face charges from the Football Association over their behaviour.