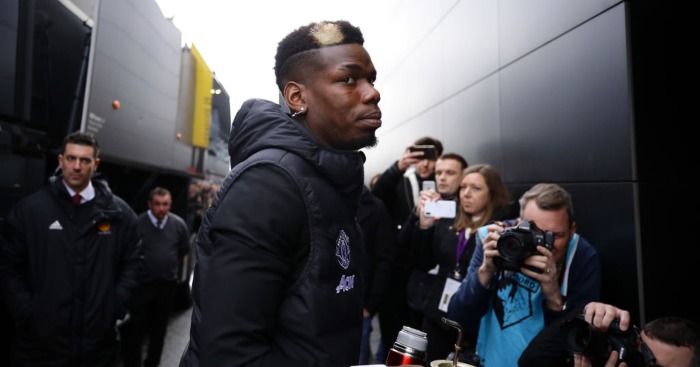 Paul Pogba’s agent Mino Raiola has claimed he will stop any of his clients joining Manchester United in the future as they “ruin” players.

Pogba has seen very little action this season due to injury, making a long-awaited return from the substitutes’ bench in their defeat to Watford nine days ago.

And Pogba has been heavily linked with a return to Turin in January but Raiola claimed on Monday that the France international would “not move”.

However, he has now been quoted as saying Pogba “needs” to move to a club like Juventus.

“Today I would no longer bring anyone there,” Raiola told Italian outlet La Repubblica. “They would also ruin [Diego] Maradona, Pele and [Paolo] Maldini.

“Paul needs a team and a club, one like the first Juventus.”

Erling Braut Haaland, who is also represented by Raiola, chose to reject a transfer to Manchester United to sign for Borussia Dortmund over the weekend.

And Raiola explained the reasons for Haaland turning down the Premier League club and insisted it was “nothing against Manchester United”.

“The club that he had the most direct contact with him was United,” Raiola told The Telegraph.

“They spoke to him the most. Everybody had the chance to talk to him in person. We let that happen especially when he knows Ole Gunnar Solskjaer.

“Clearly he [Erling Haaland] felt that at this moment it was not the right step in his career. There is nothing against Manchester United or Ole.

“He chose Borussia Dortmund ahead of them and other clubs and I’m very happy because he is going to the club he wanted to go to and that is best for him right now.”