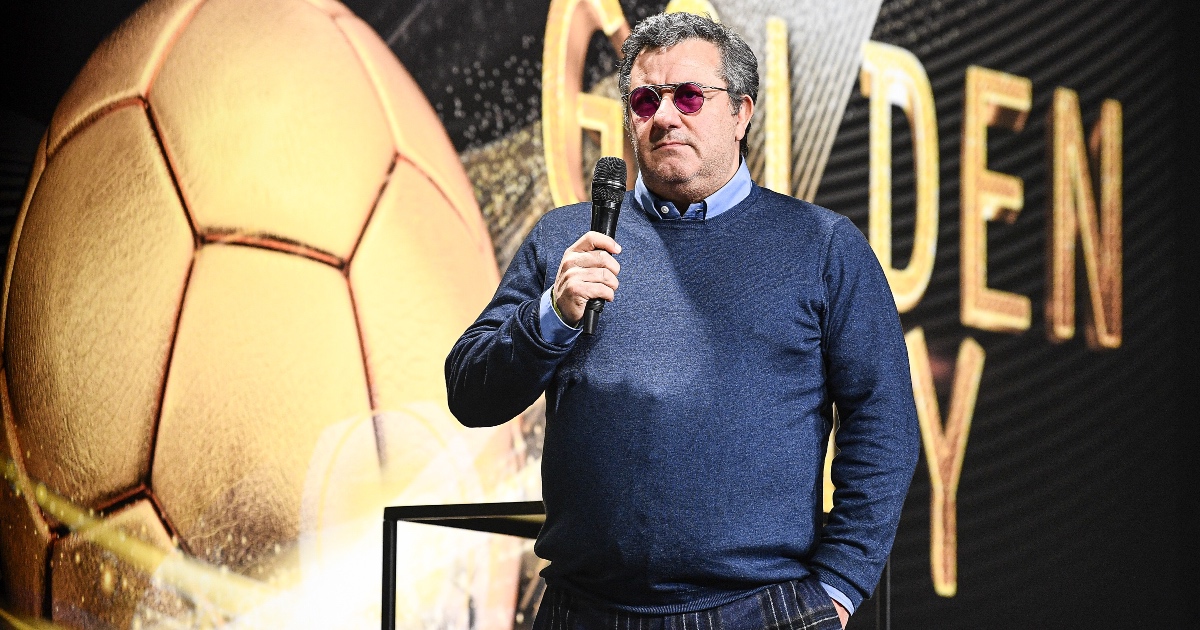 Paul Pogba’s agent Mino Raiola has suggested he is working ‘quietly’ on the Frenchman’s Man Utd exit, saying ‘if I speak, someone gets offended’.

The midfielder has been heavily linked with a move away from Old Trafford.

It’s thought that Italian giants Juventus are interested in taking the player back to Turin.

Raiola has now responded to the transfer rumours.

Speaking to journalist Fabrizio Romano, the agent said: “Paul Pogba to Juventus? I can’t speak about Pogba because people are nervous, they don’t sleep at night. I have to work quietly… if I speak, someone gets offended.”

Raiola sparked controversy in December by stating that Pogba ‘needs a new team’.

He told Italian source Tuttosport: “I can say that it’s over for Paul Pogba at Man Utd.

“Paul is unhappy with Man Utd as he is no longer able to express himself in the way that he would like and as he is expected to. Paul needs a new team, a change of air.”

Since those comments, Pogba has proved his worth to the Red Devils once more.

He’s played a vital role in midfield as they’ve gone up to second in the Premier League, behind rivals Man City.

The 27-year-old scored in victories against Burnley and Fulham last month.

He also bagged an assist during the 2-1 win against Aston Villa on New Year’s Day.

Pogba is just one part of a strong midfield at Ole Gunnar Solskjaer’s disposal. The Norwegian manager can rely on either Scott McTominay or Fred alongside him.

Despite his great performances, Pogba continues to be linked with Juventus.

They reportedly want to sign him by using Argentinian international Paulo Dybala as a makeweight.

Pogba is expected to start in United’s next match. They face West Brom on Sunday at 14:00.