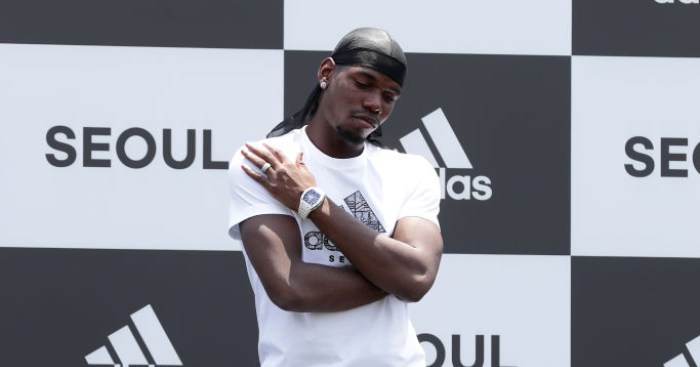 Agent Mino Raiola considers his client Paul Pogba to be a work of art as he compared the Manchester United star to a painting by American artist Jean-Michel Basquiat.

Raiola is never short of an opinion on anything, but particularly on matters surrounding his prize asset.

Speaking to Belgian site Sport Voetbal Magazine, he said: “Pogba is like a Basquiat painting. Jean-Michel Basquiat was an expressive artist, a little rebellious, just like Paul.”

Pogba has played very little football this season due to injuries, and has been consistently linked with a move away from Old Trafford.

Another one of Raiola’s clients – Juventus defender Matthijs de Ligt – reminds him of Rembrant: “As for De Ligt, he is like Rembrandt and is proving that with his latest performances.

“He is becoming The Night Watch before my very eyes. I heard reports he was struggling with Juventus, but I seen Matthijs only growing. It’s his first time at a foreign club.”