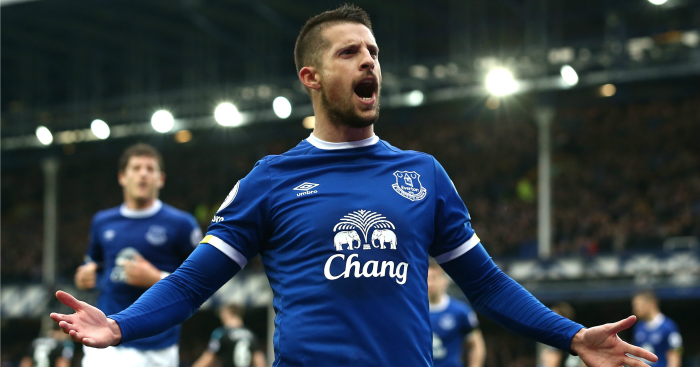 Mirallas was in and out of Everton’s team last season, also playing with Lukaku at international level.

He concedes that Lukaku was an important player for Everton, but believes the squad can now share the goals around between them.

“He was so important in the last four seasons,” Mirallas said.

“But we’ve added a lot of players who have the possibility to score 10 or 15 goals.

“If five or six players score 10 goals, that is better than one Romelu. That is important.

“He has gone to United; that is life. I think Everton is better.”