Home All The News Misfiring Premier League players – the wastrels 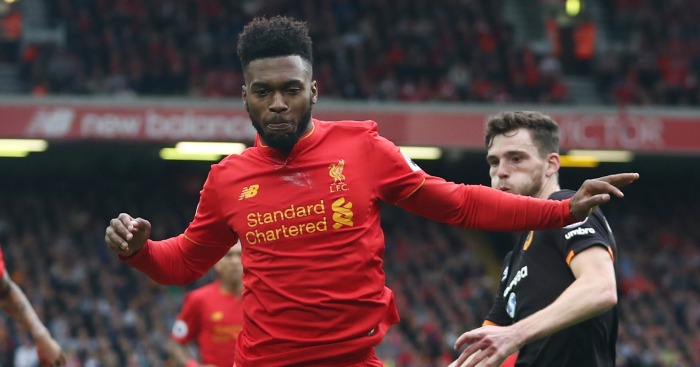 While no player has been able to establish an early lead in the race for the Golden Boot in the Premier League, we’ve already witnessed some impressive finishing.

Indeed, with just six matches of the season having passed, as many as ten different players have scored four goals or more. That’s a higher number to have done so at this stage in England’s top-flight than any of the previous seven seasons.

However, not all players have found their shooting boots, with WhoScored.com revealing those to have mustered the most shots without a goal thus far…

Georginio Wijnaldum (Liverpool) – 10 shots
It’s been a modest start to life at Anfield for Wijnaldum, who has been a solid performer overshadowed by some star showings from those around him so far. He has two assists to his name for a rating of 6.96 but is yet to score from 10 attempts having netted with just his second on debut for Newcastle last season.

Vincent Janssen (Tottenham) – 10 shots
Another Dutchman yet to get off the mark for his new club in the Premier League, Vincent Janssen should have ample opportunities to do so in the absence of Harry Kane through injury. The young striker has had his fair share of chances regardless, firing off a shot every 29.2 minutes of league action thus far, but will need to hit the goal trail before long if Tottenham are to keep pace without Kane.

Oscar (Chelsea) – 11 shots
Another player to score on the opening day of last season but yet to get register on the scoresheet this, Oscar had got the nod over Cesc Fabregas prior to defeat at Arsenal at the weekend (when he was one of the most valuable benched players), and chances are he’ll be reinstated after the manner of the performance at the Emirates. He has tried his luck 11 times this season, but it’s his defensive work that has won over his new boss, averaging the most tackles per game for Chelsea this season (3.6).

Danny Drinkwater (Leicester) – 12 shots
One of few players to average even more tackles than the aforementioned Oscar, Drinkwater (4.2 per game) has more defensive responsibility on his shoulders following the departure of N’Golo Kante. That hasn’t stopped him from mustering 12 shots already without success though, and his goal contribution is an area that the midfielder will be aiming to improve, having taken until January to score his first of three goals last season.

Daniel Sturridge (Liverpool) – 13 shots
In and out of the Liverpool side so far this season (currently out), there is a sense that Jurgen Klopp’s system is better applied without Sturridge on the pitch, and his profligacy in the league thus far hasn’t done him any favours either. The Englishman, despite numerous injury problems, has proven one of the most prolific marksmen in the league since a switch to the Reds, and will be desperate to score with shot number 14 when it comes.

Shane Long (Southampton) – 14 shots
When Graziano Pelle made a shock switch to the Chinese Super League, the pressure seemed to be on Shane Long to have his most prolific season to date. The Irishman ended last season in fine form but has failed to pick up where he left off, firing off 14 shots without finding the net so far, making Charlie Austin’s revival all the more important to Claude Puel’s side.

Christian Eriksen (Tottenham) – 14 shots
Coming under fire before signing a new contract at the club, it does seem no coincidence that Christian Eriksen’s form has improved markedly since. That said the Dane is still without a goal in the league from 14 shots, though it took the 24-year old until the first game in October last season to find the net. Spurs fans will be hoping he can do so once again when they host Guardiola and co. on Sunday having scored in his last match against City.

Dimitri Payet (West Ham) – 15 shots
Made to wait for their first glimpse of Dimitri Payet in the league this season, it’s fair to say that despite some familiar flashes of brilliance, the Frenchman hasn’t had the impact Hammers fans would have desired. It’s not for want of trying on the 29 year-old’s part, firing off 15 shots in just 293 minutes of action, but despite scoring a trademark free-kick in the EFL Cup, Payet is yet to score in the league – mustering more shots without doing so than any other player.