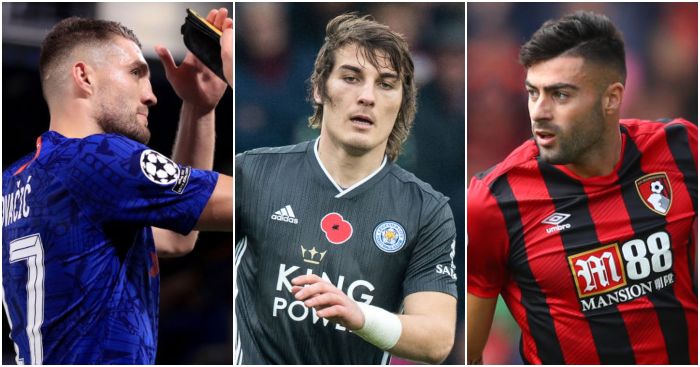 It can take time to get used to a new league, a more pressurised environment, a more attacking style of play or the demands of a new manager. That was the case for these five misfits last season, who are now starring for the clubs that could so easily have let them go…

Mateo Kovacic (Chelsea)
Chelsea signed Mateo Kovacic through necessity rather than any real desire to tie down a player who last season did almost nothing to suggest he was worth his £40million asking price. The transfer ban, along with a long-term injury to Ruben Loftus-Cheek, meant he was signed by default. They needed a midfielder, and they simply weren’t allowed to sign anyone else.

There’s now an argument for Kovacic and Jorginho – another player to make a significant improvement this season – being the best central midfield partnership in the Premier League on current form. Jorginho’s first thought under Frank Lampard is to look for Tammy Abraham – as he showed with his sublime assist against Watford – and secondly, for Kovacic, normally in a very tight space crowded by opposition players. The Croatian’s ability to take the ball under pressure, turn and drive towards the opposition defence is one shared by too few central midfielders in the modern game.

This is what Mateo Kovacic is capable of. Another phenomenal run through the midfield 👏#CHEAJA #CFC

Kovacic has completed more dribbles per 90 minutes (3.3) than any other Chelsea player and significantly more than any other Premier League player starting from his deeper-lying midfield position. He is a very big reason why this is the most watchable (if most vulnerable) Chelsea side since the turn of the century.

As the only truly world-class player in the Chelsea ranks, N’Golo Kante has to play when fit, but Kovacic has given his manager a decision to make. The reality is that when everyone is available, the former Real Madrid man is the obvious candidate to be dropped. But breaking up such a dynamic midfield duo – with a bond verging on the telepathic – could well be a mistake.

Caglar Soyuncu (Leicester City)
The sale of Harry Maguire for £80million will have been a concern to Foxes fans; not so much because they were losing a great defender, but because they made no move to replace him. Turns out they had nothing to worry about.

Leicester have the joint-best defence in the Premier League, conceding just eight goals in their opening 11 games. Under-the-radar centre-back Jonny Evans, just starting to receive the acclaim he has warranted throughout his career, has Caglar Soyuncu alongside him. He is the Turkish international who made just six Premier League appearances last season and looked overawed in all of them.

“The big Turk at the heart of the Leicester defence!” 🇹🇷❤

Caglar Soyuncu nods in to give the Foxes the lead! 🦊

But the 23-year-old centre-back – with a face like it’s been carved from marble – is now coming close to living up to the God-like status his facial features imply. The odd heart-in-mouth moment as he Cruyff turns in his penalty area aside, he’s as reliable this season as he was deemed mistake-prone last. He’s comfortable on the ball, dominant in the air and has no small amount of ability in front of goal, as proven by his stooping header against Crystal Palace.

Jordan Ayew (Crystal Palace)
Crystal Palace are ninth in the Premier League, but would be 17th without Jordan Ayew. He’s scored four goals – which is already a good full season total for an Eagles striker – and crucially, they were all important. He scored the opener against Man Utd in their 2-1 victory at Old Trafford, the equaliser in the 2-2 draw with Arsenal and the winners against both West Ham and Aston Villa. His four goals are worth seven points. Ish.

Ayew netted just once in the last campaign, and he looked destined for the Selhurst Park goalscoring vacuum that has claimed the likes of Christian Benteke and Conor Wickham. But fortune favours the brave and the Ghanaian has stuck it out, taken his criticism on the chin, worked hard and got his rewards. And while Benteke is busy blaming his team-mates and claiming he could still play for Liverpool, Ayew is proving why he is playing for Crystal Palace.

Riyad Mahrez (Manchester City)
On one hand, his move from Leicester to Manchester City seemed like the most obvious signing in history, but on the other, it was strange given City’s wealth of resources in wide areas. Raheem Sterling, Bernardo Silva and Leroy Sane were all improving at alarming rates under Pep Guardiola and all had significantly more time to do so than Riyad Mahrez, given their relative youth.

This selection ‘nightmare’, along with Mahrez’s hesitance to do the defensive work Pep requires of all of his players, meant the Algerian started just 14 Premier League games last season, scoring seven and assisting five. Mahrez didn’t seem to truly arrive as a City player until the last game of that campaign – the title-winning game – when he threatened to be the ‘numbers machine’ he’s required to be at the Etihad. He scored and assisted in a performance that Guardiola appeared to be waiting for, as the Spaniard embraced his player after the game – in full view of the cameras of course – before gesticulating wildly in the bemused winger’s face in what appeared to be a long-drawn-out version of “I told you so”.

He’s carried that form into this season, scoring three and assisting eight in eight Premier League and Champions League starts. Still a long way from being the first name on the team-sheet, and in a constant battle with Bernardo Silva for a starting place, the former PFA Player of the Year at least appears to be over the initial shock of just how good you need to be to play for Pep Guardiola.

Diego Rico (Bournemouth)
Bournemouth fans could be forgiven for wondering why £13million Rico – who at the time was their third most expensive signing ever – started just five games last season. Bought to provide competition for Charlie Daniels, the Spaniard found himself very much back-up to the 33-year-old, and looked set for the same fate this season before Daniels’ campaign-ending knee injury against Manchester City.

🏆 PLAYER OF THE MONTH 🇪🇸

Rico has now already played more minutes for Bournemouth this season than last and makes more interceptions per game than Aaron Wan-Bissaka (3.4 v 1.9) and plays more key passes than Andrew Robertson (1.8 v 1.4). Sometimes it takes an injury to one player to show the worth of another, and through circumstance rather than by design, Eddie Howe has unearthed the very talented all-round full-back that he presumably thought he was buying in the first place.