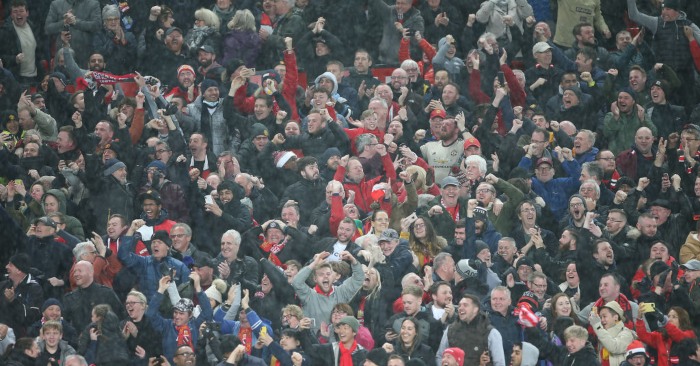 The one thing I really miss about not watching football is the ability to time travel. Yes, really.

I’m fairly certain all football fans have this ability, but we are unable to deploy it in any other context of life; or rather, only football frees our mind. Only football allows us to cut the ties that bind us to the space-time continuum and be momentarily a free spirit.

No, it’s okay, I’ve not been smoking the best carpet. You can see into the future. Think about it. We all do it regularly at games. We momentarily leap forward in time and see what we know will happen, before it actually happens.

A good example is when a ball is crossed in and you just know your striker is going to get to the ball first. In a split nanosecond, we weigh up the pace of the ball, the position of the defenders and of the striker and we know how it’ll be headed, where it’ll go and that it will be a goal. And in that moment you see the net bulge before it actually does, you’re up on your feet celebrating the goal a heartbeat before it is actually scored. Even if it doesn’t happen to you, and many times it doesn’t, we can see it happen to others. They’re the ones already punching the air before the ball has crossed the line. They’ve already seen it happen.

When Middlesbrough played Basel in the UEFA Cup, after conceding the first goal and being 2-0 down from the first leg, it left us needing four without reply. If you go to 2:20 as Massimo Maccarone receives the ball, I was right behind him in the crowd. As his foot connected with the ball, I flew forward in time by a good two seconds, and was up punching the air even as it was on its way. This wasn’t mere anticipation, it was actually seeing it happen ahead of time. I saw that ball go in the net twice. Once as a time-traveller and once again when returned back to my mortal flesh.

This isn’t just something old hippies with a hallucinogenic history experience; pretty much anyone you talk to has had the same experience at a game at some point. Often it is connected to your own team scoring a goal. Perhaps it’s to do with how excitement alters our brain chemistry. You don’t just ‘know’ it will happen, you know it ‘has’ happened. It is that much of a certainty.

It also has a companion experience when the thing you know will happen, doesn’t happen. The ball struck into the goal that actually goes wide. The almost painful jarring ‘my God, I thought that was in’ feeling and the shock that goes through our body when reality doesn’t match what we have so surely seen. What’s that? Perhaps we are momentarily accessing a different but parallel universe and that’s why it is so jarring when we’re pulled back to the one strand of the multiverse we currently inhabit.

Having watched a lot of cricket and rugby over the years, and many other sports too, I’ve never once had the same time-travelling experience. I’ve never seen a batter bowled before the ball hits the stumps. Never seen the winger scoring a try before they put it down. It is a magic wholly football’s own, at least for me.

It’s such an out-there, cosmic experience that adds real spice and colour to life. And that’s why it’s the thing I miss most about football.