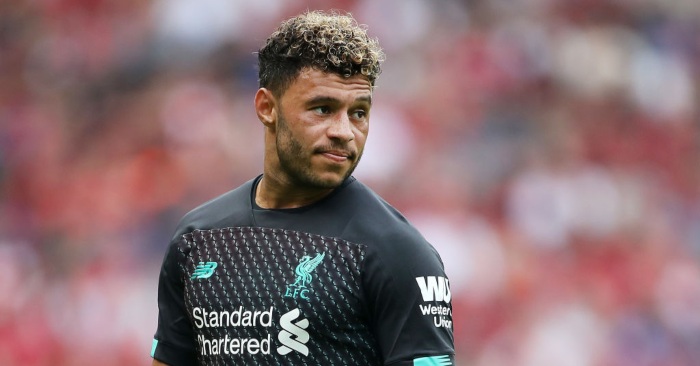 It’s less than a week until the Community Shield sees the resumption of English football’s newest and most competitive rivalry, but many of Liverpool’s star players are yet to take part in a training session ahead of their meeting with Manchester City at Wembley.

Some of Liverpool’s key players are only joining the squad today, even though Jurgen Klopp has already been back at work for over three weeks.

On top of this, Liverpool are experiencing something of a barren transfer window, and are the only top six side yet to sign a player who could be considered a first team, first XI option.

This has caused concern among the fanbase. with some poor pre-season results not helping ease their worries, and the idea that these games don’t really matter only goes so far.

Carlo Ancelotti summed up the usual line of thought around the significance of friendly results when comparing Napoli’s 3-0 win against the Reds to his side’s 5-0 defeat in the same fixture last summer.

“We were not so worried when we lost 5-0, and we don’t have to be so happy when we won,” he said, but there was no doubt he was more content here than he was after the game in Dublin a year ago.

Klopp might usually reflect this way of looking at such results, but it’s clear that this pre-season is troubling him in a number of ways, not least because he’s been waiting for three weeks for his star players, and will be made to wait even longer for last season’s joint top scorer, Sadio Mane, who will not return until after the Community Shield.

The disjointed nature of his players’ return to action has led to some patchy performances, and there aren’t yet signs of last season’s Liverpool.

The team with the best defensive record in Europe’s top five leagues during the previous campaign haven’t kept a clean sheet since their meeting with Tranmere Rovers at the beginning of July. Bradford City, Borussia Dortmund, Sevilla, Sporting and Napoli have all managed to score past Klopp’s side, with only Bradford failing to do so more than once.

Against Napoli the Liverpool back four – which was partially responsible, along with goalkeeper Alisson, for last season’s impressive defensive showing – looked anything but secure. Goals conceded came in different guises, and Liverpool’s upcoming opponents will have noticed how Lorenzo Insigne was able to find plenty of space behind Trent Alexander-Arnold on Liverpool’s right side.

Insigne managed to isolate himself one-on-one with Joel Matip before cutting inside and slotting past Simon Mignolet to open the scoring. The Italian then set up the second goal for Arkadiusz Milik, crossing from the left for the Pole to turn home, worryingly unmarked. The third came when Insigne’s shot was parried by Mignolet, hit Andy Robertson, and fell to the feet of Amin Younes, who had a simple tap-in.

Insigne was brilliant, but he was allowed to be. Pep Guardiola will have been interested in Insigne’s performance, as might Daniel Farke ahead of Norwich’s trip to Anfield on August 9. Both managers will think they can take advantage of this weakness.

Liverpool are missing Mane, Roberto Firmino and Mohamed Salah — and who wouldn’t? These players are missing a vital chunk of pre-season, and who’s to say the amount of rest they have managed to get this summer is enough? Will it mean they become fatigued mid-season? And if so, who steps into their place when this happens? At the moment that player is not a shiny new signing.

At the other end of the pitch, the absent Alisson is showing just how vital he is to this side. It’s easy to speculate that these pre-season goals would not go in if the Brazilian were between the posts, but an argument could be made that Liverpool don’t concede half of them with him present.

And that’s not just down to his ability as a shot-stopper, but because many of these situations from which Liverpool have conceded might not even arise with him marshalling the back line. He collects many crosses and shots with apparent ease, but this is also down to his supreme positioning, noticed more when he isn’t there.

Alisson may not be physically tired on his return, but the mental strain from playing over 6,000 minutes for club and country since June 2018 could become an issue for the goalkeeper, who needs to maintain concentration for 90 minutes throughout each game.

All of this is far from ideal, and Klopp recognises as much. “We need to have everything better,” he said in his post-Napoli press conference, and he’s only “pretty sure” that they will succeed by the time the season begins.

“That you lose players during a pre-season, that happened from time to time,” he added.

“But that they don’t start from the beginning, and come a couple of days before or after we start the season, is not cool.”

While their opponents have all strengthened, Liverpool appear weaker. Even Chelsea, who have lost Eden Hazard and are currently banned from transfers, added Cristian Pulisic to their squad as well as turning Mateo Kovacic’s loan into a permanent deal. Spurs, Arsenal, and both Manchester clubs have made signings in key positions. City’s addition of Rodri solves one of their few problems, and Kevin de Bruyne will be like a new signing.

It was widely thought that Liverpool would sign a versatile attacker to fill in across the front three. Such an acquisition would have made complete sense, but it is yet to happen. This means any new signing will have even less of a pre-season with Liverpool than the latecomers who have been on international duty.

Klopp believes that if opponents judge Liverpool on their pre-season then it will give them a false sense of security, but in saying that he’s again acknowledging that a problem currently exists.

The Community Shield will be a big test of where they are at and how they can cope without at least one of their lauded front three. Guardiola counts this trophy, so he will not be taking things easy, and for City it’s a genuine final and a chance to add more silverware to an increasingly populated trophy cabinet. But for Liverpool the game might have to be just another training session in their quest to be fit, firing and free from fatigue ahead of what they hope will be another title-challenging season.