Home All The News Mitchell could be the next Wan-Bissaka, says Roy Hodgson

Hodgson has been full of praise for Crystal Palace's new young star... 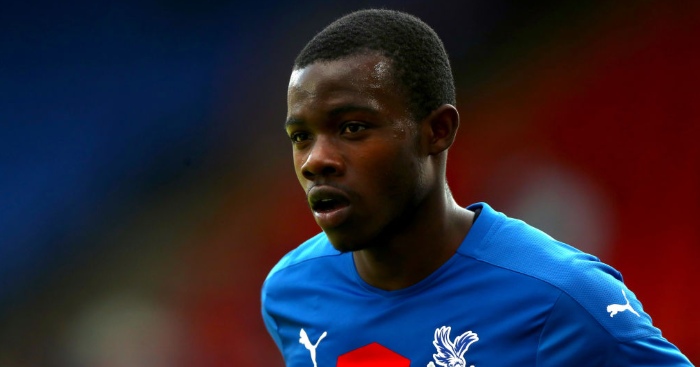 The 21-year-old received his first call-up for Palace’s first-team squad in December 2019 for their game against Brighton.

He was an unused sub for that game, but when the Premier League resumed, Mitchell became a regular under Hodgson.

His full-debut came off the bench, replacing Patrick Van-Aanholt in their 3-0 loss to Leicester City on 4 July. The defender made a further three appearances before the end of the season, with two of them being starts.

The full-back has continued his momentum into the 2020/21 season. Mitchel has started in both of Crystal Palace’s opening Premier League games.

Hodgson told Sky Sports that Mitchel has the potential to emulate the success of former Palace defender Aaron Wan-Bissaka:

“Tyrick got his chance last season when Patrick dislocated his shoulder and he has taken that chance well and really continued it since the start of the new season.

“I hope he will continue to improve and I hope people won’t start to put exceptional pressure on him because he’s still a very young man and he’s still in the absolute nursery in terms of his career.

“Aaron [Wan-Bissaka] looked very much like Tyrick when he came in and took the game by storm, and he made the position his own very quickly.

“I wouldn’t disagree that in terms of being thrown in with no-one knowing much about him, I think there’s a direct parallel between the two players.”

The Eagles have made a really strong start to the season. They beat Southampton 1-0 in their opening game, with Wilfred Zaha scoring the winning goal.

They followed that up with an impressive 3-1 win at Old Trafford against Manchester United. A brace from Zaha after an opener from Andros Townsend was enough for all three points.

Next up for Palace is Everton at home this Saturday, who have also made a perfect start to the new campaign.

Hodgson added: “It’s only two games – it’s nice to have those two games but we’ve got another very challenging task against Everton who have started brilliantly,” Hodgson said.

“I thought they were a bit unlucky last year not to finish higher than they did, and no doubt the three players they have brought in will make a considerable difference.”