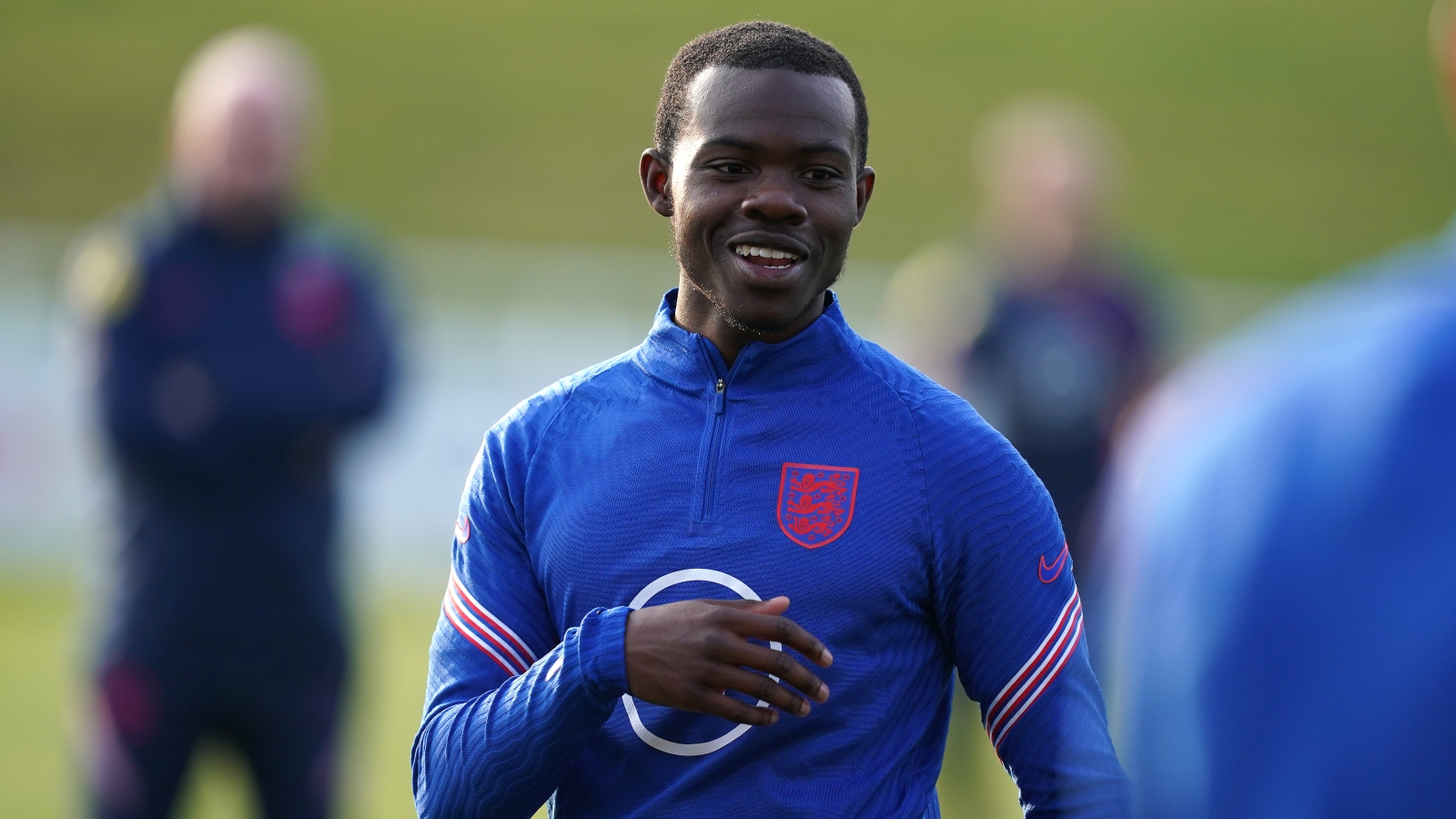 Tyrick Mitchell says he is living the dream having gone from playing in the shadow of Wembley Stadium to the brink of lining up under the arch for England.

Injuries to Trent Alexander-Arnold and Reece James led Gareth Southgate to draft in the 22-year-old and fellow full-back Kyle Walker-Peters for this month’s friendlies against Switzerland and Ivory Coast.

Unlike the latter, Mitchell had never represented England at any youth level before receiving a maiden international call-up that is just reward for his superb Crystal Palace performances.

The left-back is now in line to make his debut in the upcoming double-header at a stadium that provided inspiration throughout his childhood.

“It’s a dream come true for me and for my family,” Brent-born Mitchell said.

“I first lived in Wembley literally less than five minutes away from the stadium and then I moved a bit further out, but it was like 10-15 minutes away so the arch has always been there.

Mitchell still seems in shock about being called up and this chance to play at Wembley.

The 22-year-old said he felt “full of nerves but joy at the same time” as he made his way to St George’s Park for the first time to join a group that includes Palace team-mates Marc Guehi and Conor Gallagher.

Mitchell’s route looks to have been a bit bumpier than the Chelsea youth products, having been spotted by Brentford playing for AFC Wembley only for the west London club to shut their academy in 2016.

Palace offered him a home that summer and he has not looked back, making 56 appearances in all competitions for the Eagles.

“I had a few options but Crystal Palace came in and it felt like the right option,” Mitchell told BBC Radio 5 Live.

“The things that they were saying to me, it just felt like a family environment. It felt like something that I could believe in and luckily it worked out.”

Mitchell impressed in the youth set-up and former England boss Roy Hodgson handed him his Palace debut in 2020, with successor Patrick Vieira helping oversee his development.

“As everyone could see, Roy Hodgson was more of a defensive manager,” said the Palace full-back, who will be back at Wembley next month for the FA Cup semi-final against Chelsea.

“We were more compact and played on the counter, so I feel like sometimes in games we soaked the pressure and it allowed me to be under pressure as a defender and be able to handle that pressure.

“Now with Patrick, a lot of the times we dominate games against teams around us and it allows me to showcase my talents on the ball.”

Mitchell expressed gratitude to all manner of people following his call-up, but it is his mother’s support that provided the platform for this rise.

“She’s been like a rock that helped me get to where I am,” he said. “There’s plenty (of sacrifices she made).

“She has other things to do, some training is in the evening, it wasn’t always practical for her.

“But throughout anything, she always made sure that I was able to train, I was able to have anything I needed to be able to perform and get where I am today.”