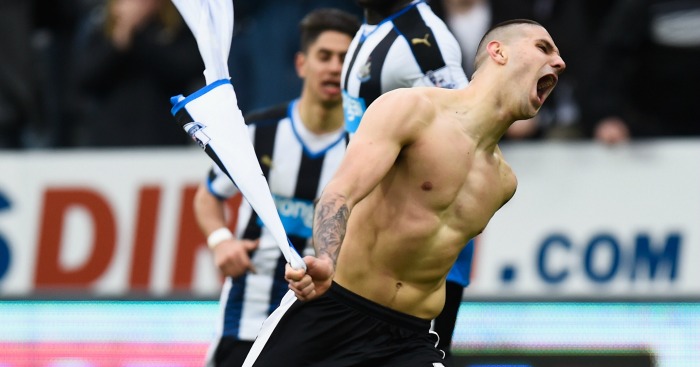 Aleksandar Mitrovic is aware of interest from other clubs and admits he could leave Newcastle this summer.

The Serbia striker, who scored the equaliser in a 1-1 draw with Wales on Sunday, joined United from Anderlecht for £14.5million two years ago but having scored just 15 goals in 65 appearances, the Magpies could be open to offers.

Mitrovic will take a break before weighing up his future but the centre-forward is not agitating for a move away from St James’ Park.

“I’m very happy to help Newcastle back to the Premier League because that’s where the club deserves to be,” he said.

“I want to rest my head and body now. I’m really tired. Then next season we will see.

“I don’t know anything. I heard something about other clubs. If some good offers for me – which are also good for the club – come in for me over the summer then we will speak about it.

“If it doesn’t happen then I’m still a Newcastle United player, I have three years on my contract. So we have to speak to the club, to the manager and we will see.’