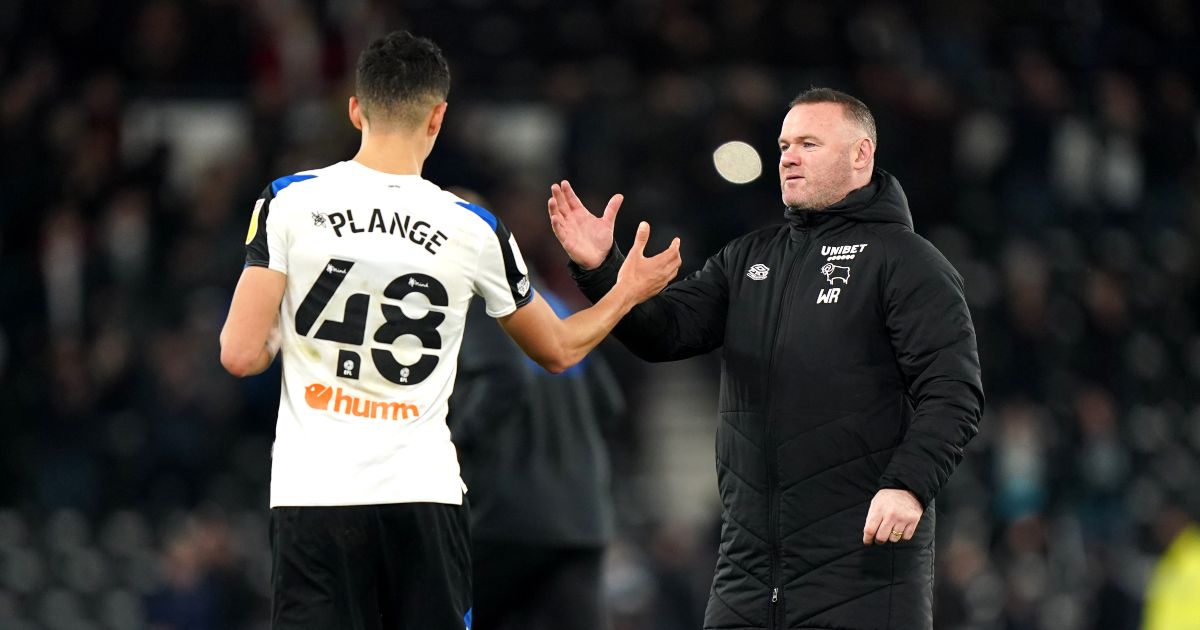 Aleksandar Mitrovic
In scoring yet another two goals on the way to Fulham’s 3-0 victory over London rivals Millwall, Aleksandar Mitrovic took himself to 30 for the season, meaning the Serbian striker has scored more often this season than the whole Lions team put together. It has become easy to normalise such prowess when it is witnessed on a weekly basis – we have been guilty of it here too. But these record-breaking levels of brilliance need putting front and centre.

As Fulham’s chances of promotion have gone from probable to almost definite over the last few weeks, focus will shift to Mitrovic’s future in the Premier League, be it with the Cottagers or elsewhere. It is easy to bracket him with that illustrious group of players who were too good for the Championship and not of the quality required for the Premier League – Rob Earnshaw, Jay Bothroyd, Dwight Gayle et al – but Mitrovic is not just too good for the Championship, he is decimating it time and time again.

Having come to the fore as a teenager with Newcastle, the hot-shot forward can be unfairly judged against his early days in the top flight and within a very weak Fulham team last season. On this form and with his confidence and eye for goal getting sharper with every passing week, Mitrovic could and should be a success beyond this quite ridiculous Championship campaign.

Steve Cooper
It was easy to forget with that 4-1 demolition of holders Leicester City in the FA Cup that Nottingham Forest were going into their midweek fixture with fellow promotion hopefuls Blackburn on the back of the most disappointing league result of Steve Cooper’s reign – a 2-0 defeat at Cardiff all too reminiscent of Chris Hughton’s time at the City Ground.

So in travelling to high-flying Blackburn, it felt vital to take something from Ewood Park, both tangible and otherwise. In the end, they took one of the most comfortable victories of the season and showcased how the two clubs could soon cross over on their trajectories as Blackburn’s troubles in front of goal were exacerbated by a strong defensive performance which was a million miles away from a week and a half prior in south Wales.

Luton Town
We wrote of Huddersfield’s accidental promotion campaign in midweek, but Luton Town’s move up the Championship table is just as surprising. The Hatters have been upwardly mobile over the last half a decade, with all of the best times having come under the current management team of Nathan Jones and Mick Harford.

Winning 2-1 at home to rock-bottom Barnsley may not be the stuff of fairytales. But having seven wins in all competitions for the calendar year before mid-February is the sort of form that has the Bedfordshire side positively chock full of glee as they sit on the periphery of the play-off places. It is a surprise that they are so high, but it is no accident. This feels more like the Hatters are ahead of schedule. With one of the youngest and most exciting squads in the division, picking up a good mix of up-and-coming talents from lower down the EFL and versatile and experienced players such as Jed Steer, Henri Lansbury and Cameron Jerome, they have an almost-perfect blend that is making for a very tasty end to the season.

Derby County
The jubilation in the winners this week is keenly felt, with all the big hitters feeling very fine indeed. Perhaps there were no bigger cheers than at Pride Park, with Derby once again putting pride into a season which so easily could have been just as disastrous on the pitch as the last few years and near future will continue to be off it.

In defeating Hull City 3-1, the Rams moved themselves to just four points from safety. For a club who would be six points off the play-offs were it not for that pesky 21-point deduction, that seems like the simplest of tasks from hereon in. What once was a miracle and a far-fetched pipe dream has now shifted into the realms of reality. It is now expectation that Wayne Rooney keeps Derby in the Championship and in truth, only a fool would bet against the manager and players keeping the club afloat in the second tier. Now the onus is on those above to keep the club afloat as a whole.

Steve Morison
Cardiff have gone from being slap bang in the middle of a relegation battle at the turn of the year to looking remarkably positive about their future. Three straight wins mean the Bluebirds still haven’t risen higher than 20th in the table, but have opened up a 12-point gap to 22nd-placed Peterborough. That the third of those victories came against the Posh on Wednesday night showed head coach Morison is pulling all the right strings, having also taken out rock-bottom Barnsley in the same run. It is now looking like three from four of Barnsley, Derby, Peterborough and Reading for the drop.

Bristol City’s young guns
You don’t even have to go back a month ago to see us slating Bristol City for relying on the old boys Andi Weimann and Chris Martin too often to make any tangible success of this season. The financial difficulties at Ashton Gate may prove that point too, but on the pitch, academy products Antoine Semenyo and Alex Scott are proving invaluable to the Robins.

Another nail in the coffin of ever-falling Reading, this was as comfortable as it’s been for a long time for Nigel Pearson’s side, who was absent from the touchline for this game alone.

Paul Heckingbottom
Sheffield United were a laughing stock after Slavisa Jokanovic’s reign never got going and Paul Heckingbottom was appointed as the man to take the Blades forward. Three months later and on a run of four successive victories and counting, Sheffield United are now within touching distance of the top six having played the fewest games out of all sides in the top half.

Heckingbottom has not made wholesale changes on the pitch; he didn’t need to, but he has made Bramall Lane unrecognisable from the cauldron of ill feeling it was earlier in the season. They are headed in one direction only, after two years of near constant misery in this corner of South Yorkshire.

Gary Madine
In truth, it feels quite strange that Gary Madine is a Championship striker in 2022. It feels almost beyond belief that he is becoming Blackpool’s Mr Reliable of late. The Tangerines have not lacked goal scorers under Neil Critchley, with Ellis Simms and Jerry Yates forming a great partnership in the second half of last season to help Blackpool out of League One and new boy Shayne Lavery started this season on fire.

Now it is Madine who, after not making a match-day squad until September and without a goal for the season until late October, is the man in form. His goal on Tuesday night earned the Seasiders a point at Coventry having also netted last time out at home to Bristol City. It is now four goals in his last six second-tier appearances. It’s like it’s 2011 all over again.

Lewis Baker
Over half of his life was spent with Chelsea and all of his professional career as an employee of the Blues, but Lewis Baker has achieved so much more in a month at Stoke than in that entire time at Stamford Bridge.

A goal and another leading performance in red and white means Baker is already being heralded as one of Stoke’s most important players. A much-changed team from the one which started the season in fine form put in arguably the best Potters performance of the campaign on Tuesday night; another stellar performance from Baker coinciding with that is no coincidence.

Jake Livermore
There aren’t many universally unloved club captains as Jake Livermore at West Brom right now. A symptom of a poisonous first half of the season under Valerien Ismael, a fresh start for all concerned at the Baggies felt like being back to square one when Livermore received his marching orders in the first half.

A ridiculous scissored challenge was as clumsy as it was needless in the middle of the park and caused the Baggies to play an hour with 10 men and give all concerned that sinking feeling once more. Much has changed in the hierarchy and on the touchline with Steve Bruce making his West Brom bow in the dugout, but much has stayed the same. Livermore – after his second red card of the season – will be lucky to start many more games after proving he cannot be trusted.

Reading and Peterborough
Both had opportunities to pick up rare victories this midweek with fixtures against lowly pair Bristol City and Cardiff City respectively. In picking up nary a point between them, they have now left themselves part of that bottom four. When one of those clubs is a Derby side who would be mid-table but for a points deduction, it feels like last chance saloon already.

Poya Asbaghi
The appointment of the Sweden Under-21 coach always came with the caveat that it could be another stroke of genius from the Barnsley hierarchy in appointing a complete unknown and seeing them elevate Barnsley’s status, but was just as likely to be another failure in the Markus Schopp mould.

After 11 winless games which have brought just three points and a grand total of zero minutes leading a fixture, it already feels safe to assume Asbaghi is very much in the latter camp. When Schopp was handed his P45 in November, things looked bleak for Barnsley. Now, there is no light at the end of this particular tunnel. One would suggest the Oakwell side could do worse than to look towards next season in League One already and far be it from us to back a hasty sacking, but Grant McCann is literally right there, presuming Sunderland are silly enough to pass up on the former Hull manager – which they almost certainly are.

Shota Arveladze
The dismissal of Grant McCann by the new Hull City ownership was as unsurprising as it was understandable. For all the good the promotion-winning coach had achieved in his time on Humberside, there were too many doubts about his ability to get Hull further up the second-tier table. That his sacking coincided with a three-game winning run including wins over the top made it feel incredibly harsh, but this was a new club with a new plan looking forward.

A 2-0 win over Swansea was the perfect start for Shota Arveladze after replacing McCann, but it has been far from ideal since; defeats against Preston and Derby have brought the Tigers back down to Earth after a surreal January. Arveladze would love to taste victory again before another defeat. With the promotion-chasing trio of Fulham, Sheffield United and QPR next up, it could be about to get messy once more in the East Riding of Yorkshire.

Blackburn
That’s now five league games out of seven in 2022 in which Blackburn have failed to score. They have gone from automatic promotion hopefuls to looking over their shoulders at Luton Town in seventh very quickly. That’s some fall from grace.