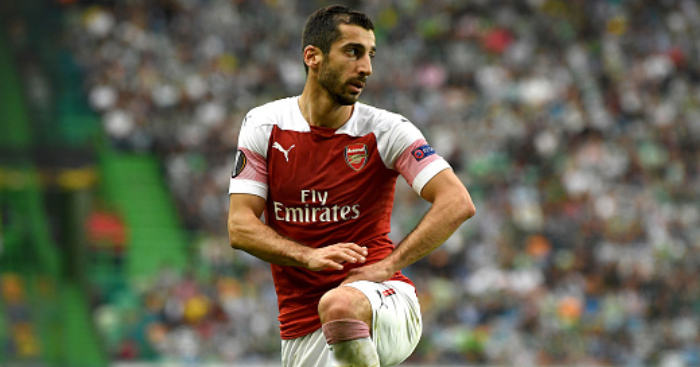 Henrikh Mkhitaryan has refused to rule out a return to Arsenal, while criticising former Gunners boss Unai Emery for his style of management.

The 31-year-old is currently on loan at Roma and has been in fine form, providing six goals in three assists in 13 Serie A appearances this season.

The Armenia captain has had a difficult time at Arsenal, and has opened up on why he never felt at home at the Emirates, citing Emery as a problem.

“The philosophy of Emery was different from Fonseca, but here I’m feeling much better because we’re playing better football and I think it matched me.

“I prefer [Paulo] Fonseca’s football because we’re playing very offensively, we’re trying to have the ball all the time here and of course I like this kind of game.”

Despite the Roma manager’s desire to keep Mkhitaryan, he has refused to rule out a return to Arsenal.

He added: “I can’t say anything at the moment because the season is stopped, we don’t know when we’ll start playing again and what will happen in the summer.

“Football changes so quickly. One day you’re here, the other you’re there. You never know what can happen and what will happen with you.”

He also provided on how training is continuing despite Italy being in lockdown, adding: “We have the programme from the team for training at home, so I’m trying to keep myself fit.

“When I heard the situation wasn’t the best and everyone was asking us to stay home, I stopped going outside for a walk or a run. It’s better to stay inside and be an example to everyone, to show them that this is more important, to follow the rules and be at home.”