Home Liverpool Mo Salah ‘out for five or six seconds’ at Newcastle? 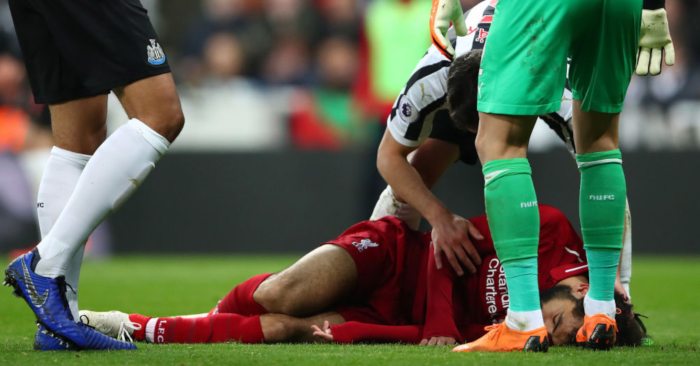 Newcastle goalkeeper Martin Dubravka has described the ‘scary’ moment when they thought that Mo Salah had suffered a serious injury on Saturday night.

The Egyptian collided with the hip of Dubravka and appeared to lose consciousness.

He was then substituted and obviously remains a doubt for Tuesday’s Champions League clash with Barcelona.

“I don’t know if he was out for five or six seconds because Fabian (Schar) asked him if he was all right and he didn’t answer him. So in that moment we were a little bit scared if he was OK.

“I felt sorry for him but I was just focused on the ball. Sometimes you can’t watch everything.

“I didn’t hit him with my hand, I didn’t punch him. It might have been my hip. I wasn’t sure if it was me or someone else.

“But I went to him to say sorry. I wasn’t trying to injure him. I’m not that kind of guy.”

Liverpool manager Jurgen Klopp said after the game:  “What I heard, he got the hip of the goalie on his head.

“When we came in he was sitting in the dressing room watching the game on television. So he was then fine, but of course we have to wait. He got a proper knock, obviously, in that situation.”