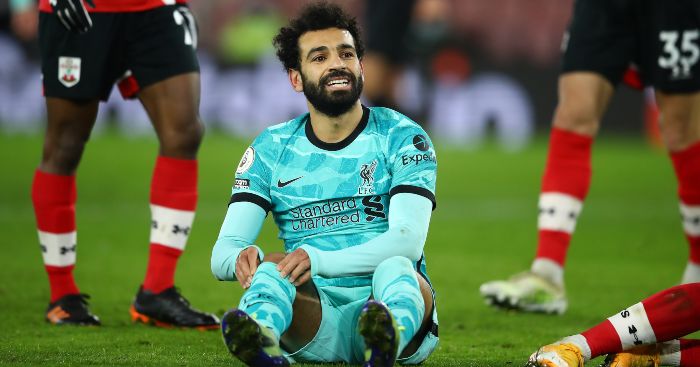 Mo Salah says his future at Liverpool is “in the club’s hands” amid reported interest from Spanish giants Real Madrid.

The Egyptian forward has been linked with a move to Spain ever since a former teammate said he was ‘unhappy’ at Liverpool.

Barcelona are also thought to be interested in signing the 28-year-old in the summer transfer window.

However, Salah seemed to play down rumours of an exit by saying he wants to “stay” at Liverpool for as long as possible.

Speaking to Norway’s TV2 (via Sport Witness), Salah said: “I don’t know. If you ask me, I say I want to stay here as long as I can, but as I’ve said before, it’s in the club’s hands.

On Liverpool’s recent poor run of form, Salah added: “We started the season really well. It’s happened to every team and that’s why it’s so smooth. Unfortunately, we haven’t done enough to win the last few games, but we can do better. We just have to take a few steps back and play our game, that’s it.

“Of course, it’s affected [injuries] us in one way or another, but the players who play in that position always do their best.

“We’ve lost some top players like Virg and Joe, and Diogo Jota was also injured. The situation would have been better if we had all available, but we are not complaining since we have young players who have done very well and who are doing their best.

“Yes, we have had injuries, but we have to deal with the situation and continue. It is that, and not complaining, that will make us masters.”