Home Everton Why would modern footballers be scared of bollockings? 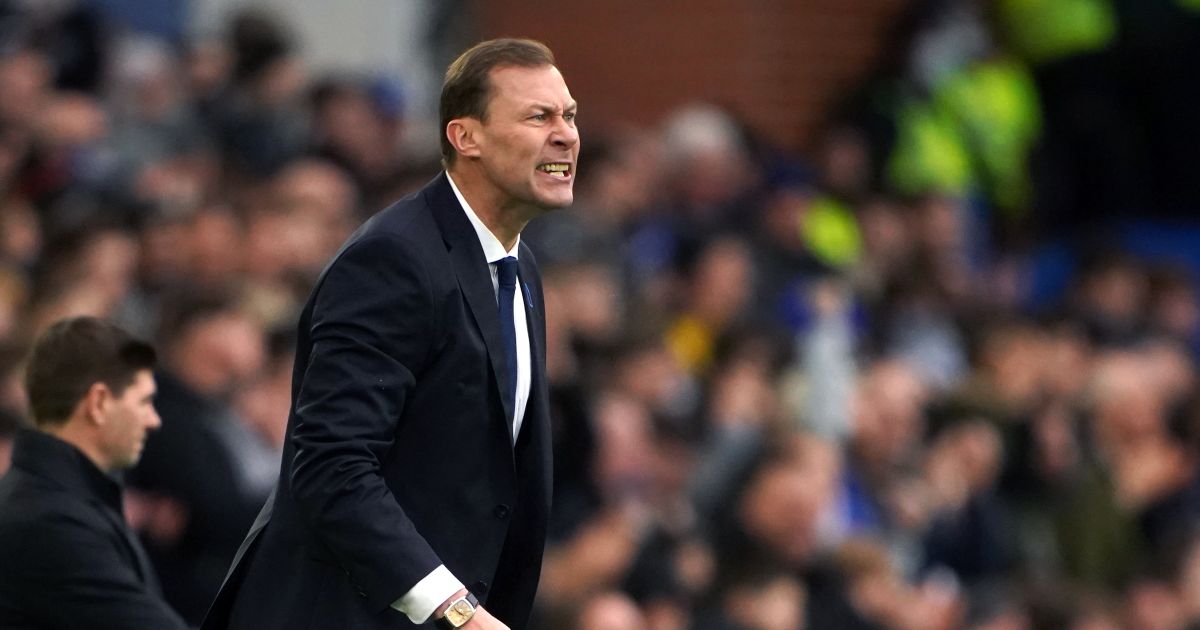 Before the Everton game against Aston Villa, a game Everton eventually lost, Dion Dublin was on 5 live with others purring about how he was a great believer in players being scared of the manager. And you hear this a lot. Some fans want the players to be screamed at and intimidated into playing well by a sergeant major figure. It is often said of Manchester United’s squad that they just need a fierce bollocking to put them on the right track, the way Sir Alex Ferguson did 30 years ago. But that was 30 years ago. That’s not now. Things are very different now.

There was much ex-player agreement about how you didn’t want big scary Duncan Fergusion to give you the so-called death stare or shout at you. That he would put the fear of God up the players and this would in turn make them “run around more”. As though either thing was the answer to Everton’s many problems.

If you could ever scare a top footballer into playing football to a better standard – and that’s by no means certain – you certainly cannot do so in the 2022 Premier League. Why? Because there is no jeopardy for players. They have nothing to lose. Make them uncomfortable or fearful and they’ll just take their golden boots elsewhere, or they’ll do nothing and run down their contract, picking up at least £5 million per year playing reserve team games. Easy. So you can’t rule by fear. Fear is demotivating when you have choices.

It’s so old-fashioned to think that a manager, interim or otherwise, can scare anyone, or would even want to. This is a myth that only those who played in a previous era believe. What is Big Dunc really going to do? Is he going to physically bully and threaten players? Is he going to fight them on the cobbles outside Goodison? Of course not. He won’t lay a finger on anyone. If he did, he could expect a massive lawsuit for assault from a very expensive lawyer.

So let’s get this right for the benefit of the ex-player in his 40s and 50s; he’s not going to punch someone in the face for not tracking back. Not unless he wants to be sued for every penny he’s got and then some. A first-team footballer is not a burglar breaking into your home at 4am. And what grown man is scared of being stared at, when you have to play in front of 40,000 people most weeks, most of which are giving you the stink eye.

Modern football isn’t 4th year gym class in 1977 with a psychotic teacher assaulting boys for not shinning up a rope quick enough, as much as some ex-pros would seemingly like it to be. Managers have little power over players other than to drop them and if they don’t like it, they’ll just angle for a move, and a move they will get. So, obviously, despite Dion and others thinking fear of being stared at by a tall Scotsman is life’s greatest motivator, a more intelligent approach is needed. Does he think Graham Potter has got Brighton to ninth by making his players scared of him? Or has he been intelligent, thoughtful and empathetic?

The only way to manage a team of multimillionaires is to understand them as individuals and work out what motivates them. And no, I don’t mean ‘’who needs a cuddle (a cuddle?!) and who needs a kick up the backside’ as the same ex-pro cliche always has it. I’m talking about detailed tactical knowledge, grown-up empathy and emotional intelligence. You do not induce fear. Tell any of them you’re going to gi’ ‘em the malky, pal, and they’ll just laugh at you. It’s pathetic.

Duncan Ferguson, a kind of footballing dire wolf, has a lot of goodwill from the football community and it’s not hard to see why. But with every hour that passed before the Toffees game against Aston Villa, he seemed to get better and better as a manager the more they dwelt on this illusory fear factor he’d bring.

There was no magical transformation for Everton under the new man. Why would there be? Everton’s problems go far deeper than not being frightened of the shouty man. Nor has their decline happened because they have not been sufficiently terrified of any of the last however many managers. This is obvious.

I buy the idea of the hard man on the pitch because you’ve got something to lose going up against them – such as the ability to walk – but a manager? Nah. Not now. Not when there’s no jeopardy. The hard man manager is just a blowhard at this level. Ferguson will know that as well as anyone, or you would hope so. But this simple truth doesn’t seem to have reached some parts of the media who still giggle like schoolboys about the thought of someone getting a bollocking from teacher.

Of course, we don’t know if Ferguson has actually tried to deploy those ex-players’ other wet dream of ‘pinning players against the wall’ or ‘administering verbals’. Both practises seem to get them vigorously jingling the change in their pockets and twitching their lips. But the way he was being talked about, it was like he’d be more of a brutal prison warder than a football team manager. And this was supposed to be a good thing.

Sometimes football seems like it is the most infantilised of any sport, populated with people who don’t seem to realise it isn’t 1981 anymore, expecting and wanting managers to be a headmaster dispensing corporal punishment, giving players ‘a rocket’ and that this is the behaviour of a true leader. There are many and varied ways to manage a football team, but if you try and rule by fear at this level, soon you won’t be ruling at all.