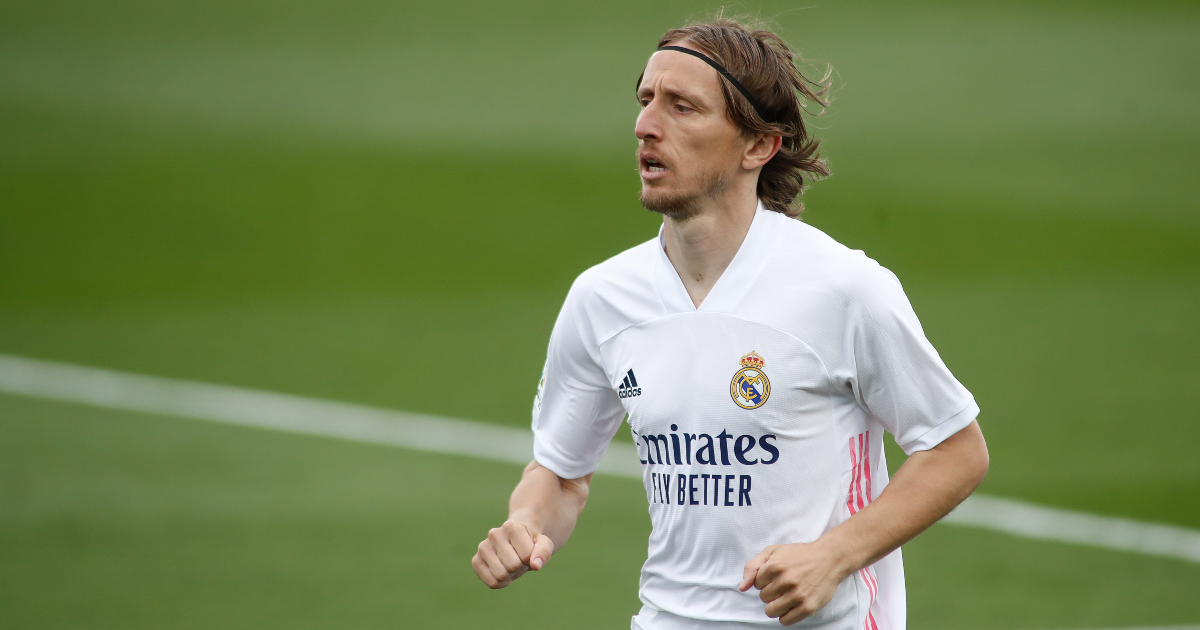 Luka Modric has put pen to paper on a new one-year deal at Real Madrid, which will keep him at the Spanish giants until the end of next season.

The fresh deal has ensured that Modric will complete a decade of service at the Santiago Bernabeu.

During his time in Madrid, the Croatian playmaker has won 13 major trophies and claimed the Ballon d’Or in 2o18 after an excellent season for both club and country.

The 35-year-old took to Twitter to express his delight at signing a new deal: “Happy and proud to continue wearing the jersey of the best team in the world. #HalaMadrid.”

Lifting four Champions League trophies for Real, Modric has been instrumental in midfield alongside Toni Kroos and Casemiro.

However, teammate Dani Ceballos will be looking to push Modric for his place in the side as he returns from his two-year loan spell at Arsenal.

Featuring 77 times for the Gunners, Ceballos lifted the FA Cup in 2020 and was part of two consecutive 8th place finishes in the Premier League.

“Thanks Arsenal and thanks to all Gunners,” Ceballos said on Instagram.

“For welcoming me with so much love from the very first day I wore this jersey. For letting me experience the feeling of being a Gunner and allowing me to be a part of your family all this time.

“A complicated year – for many reasons- has come to its end. Especially for having missed the chance of living home matches in the Emirates with our supporters. Still, I assure you that I will never forget your warmth and support in every moment.

“I am sure that Arsenal, being a historic and great team, will soon be back on top, winning championships and being a reference as it is and always has been. This club, and especially its supporters, deserve it, and I am confident that they will achieve it.

“I want you to know that I have always worked very hard and tried my very best for this crest and this jersey.”

With manager Zinedine Zidane‘s future hanging in the balance, it is unclear what the future holds for Ceballos.