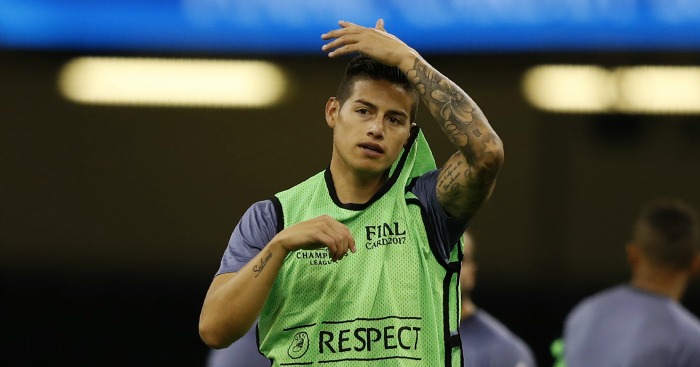 Luka Modric has warned Chelsea and Manchester United target James Rodriguez that leaving Real Madrid represents a step “down” in his career.

Rodriguez’s future at Real is under increasing doubt, with the Colombian having been left out of the matchday squad for June’s Champions League final.

The midfielder started just 20 games in all competitions for Zinedine Zidane’s side last season, and has emerged as a target for a clutch of Premier League clubs.

Chelsea and United are both thought to be monitoring the situation, but Modric believes leaving Real for any club would be a step “down”.

“When you leave here, nothing is the same. You’re at the best club in the world, that’s for sure, and from there you can only go down.

“Everyone will have their reasons. If things continue like this, I will do everything possible to stay, but things in football change fast.”