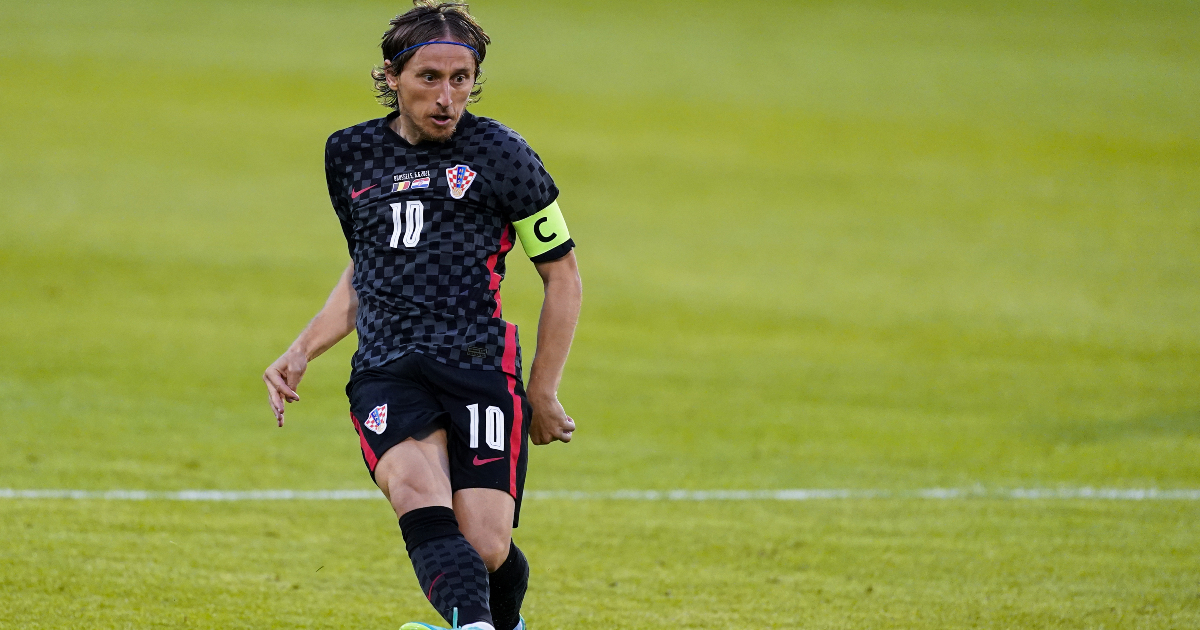 Former Tottenham man Luka Modric has branded England as one of the favourites to win Euro 2020, with his Croatia side facing England on Sunday.

Modric was part of the Croatia side that knocked the Three Lions out of the 2018 World Cup as they ran out 2-1 winners in extra-time.

Croatia and England are joined in Group D with Scotland and Czech Republic.

The Real Madrid playmaker has described Gareth Southgate‘s side as “very dangerous” and claims that the Three Lions could go all the way this summer.

“For me, they are better than they were three years ago, for sure, no doubt.

“Main threats? To say one player is difficult because they have so many great players, talented players, young players that are hungry for success.

“They will be very dangerous at this Euros and for me they are one of the favourites.

“Especially that they are playing at home which is also a good part for them. [it’s an] advantage, not a huge one but it is because there will not be away fans and that’s why I think they are certainly one of the favourites.”

The England starting eleven against the Croats is still up for debate, with Raheem Sterling emerging as a favourite to start.

Former defender Rio Ferdinand has told Metro how he would line up if he was in charge.

“Jordan Pickford [in goal]. On the right-hand side of the back three I’d play Kyle Walker, on the left I’d play Luke Shaw, central, I’d play John Stones,’ he said.

Harry Maguire is back in training, which is a huge boost for Southgate, but the Manchester United man will not be fit for the Croatia encounter.

Maguire hasn’t played since he picked up the injury against Aston Villa on May 9th and has been absent from England’s training sessions since the start of their preparations for the Euros.