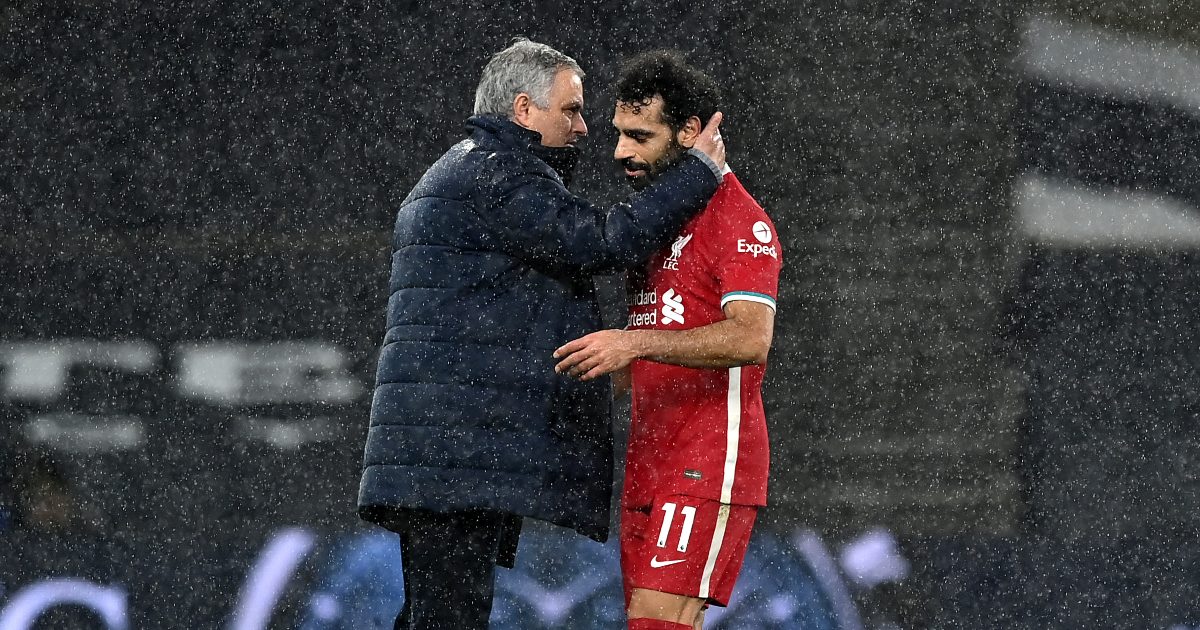 Liverpool star Mohamed Salah has suggested that he felt as if he “had to change” his style of play under Jose Mourinho at Chelsea.

After making a name for himself in the Swiss Super League with Basel, Chelsea paid around £11m to sign Salah in 2014.

The Blues were managed by Mourinho at the time. Salah struggled to establish himself at Chelsea before he joined Florentina on loan towards the end of the 2014/15 season.

Football’s vested interests circle their wagons over The Crouch Report

The forward went onto spend the 2015/16 campaign on loan at Roma before this move was made permanent. During that season, Mourinho was sacked as Chelsea lost nine of their first 16 Premier League games.

Salah returned to England in 2017 as he joined Liverpool. He has established himself as one of the best players in the Premier League over the past couple of years.

He has been in great form this term as he already has 17 goals from his 18 appearances across all competitions.

As reported by The Mirror, Salah has suggested that he felt like he “needed to change his way of playing” at Chelsea:

“Serie A helped me a lot,” Salah said. “I have wonderful memories both in Rome and in Florence, where I received a lot of affection.

“When I was at Chelsea, I had to change the type of football and culture. I felt that I needed to change my way of playing.

“So, I went to Italy and played well. That period was a great help to get to where I am now.”

Elsewhere, Liverpool boss Jurgen Klopp has admitted that he was shocked by Salah and Robert Lewandowski’s place in the Ballon d’Or rankings.

Both players were in the top ten, as Salah was seventh in the vote. Lewandowski was second behind Lionel Messi, who won the award for a record seventh time.

Klopp said: “I was to be honest. But it is not in my hands.

“Is the Ballon d’Or a journalists vote? Then yeah, don’t ask me, it’s your fault! If you think he should be higher up, then you should convince your colleagues.

“You can give it to Lionel Messi for the career he has had, all these kind of things, but then don’t give it to Robert Lewandowski this time – so it’s quite tricky to win it at all. Mo definitely should have been higher up.”