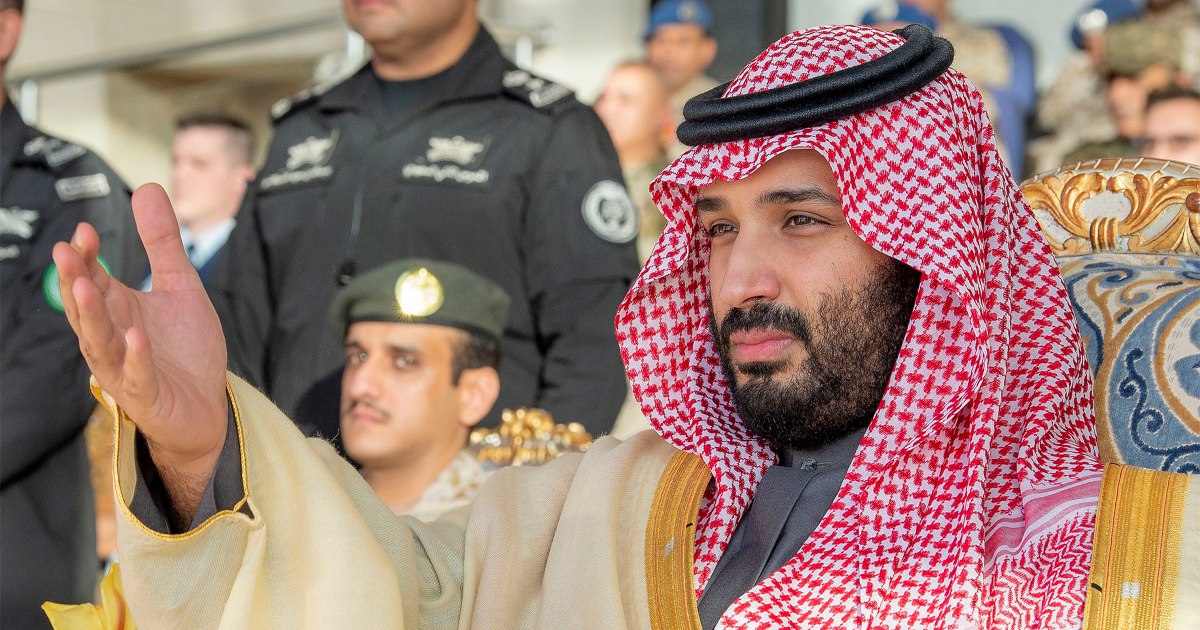 Mohammed bin Salman is a hero and basically a leftie. And he likes art. What’s not to like?

A fine, upstanding dictator
Here is an extract from the Wikipedia page of Crown Prince of Saudi Arabia and potential new Newcastle owner Mohammed bin Salman:

‘The playboy has reportedly splashed hundreds of millions in the past on a fancy yacht, a French home and even some rare art as he lives a life of luxury.

‘It’s meant he’s also made friends in high places, including in the White House – where he met former President Donald Trump, who he’s called a friend.

‘Here’s just a snippet of his wonderful life.’

After describing an expensive house and yacht in almost pornographic detail, this is really quite something:

‘Like any upstanding wealthy man, Bin Salman loves his art.’

‘Upstanding’? The dictionary definition is ‘honest, respectable’ so we are struggling to understand why anybody would use the word ‘upstanding’ in these particular circumstances.

‘You don’t get much higher than the White House. The Crown Prince travels around the world on political business, meeting some of the world’s biggest influencers.

‘Donald Trump might have been locked in a battle with the Saudis over the disappearance of murdered journalist Jamal Khashoggi back in 2018, but in Bin Salman he had an ally who offered him support.’

Wow. Just wow. What a bloody wonderful life he leads.

Elsewhere on The Sun website as they applaud the arrival of Bin Salman, they bring us this insight:

Within that particular piece, we are told that ‘Bin Salman, 36, has already set about improving the kingdom’s human rights record and giving women more liberty’. Already? What a genuine hero.

To be fair, The Sun do eventually acknowledge that Bin Salman ‘is considered the architect of the war in Yemen, which included indiscriminate bombing, while he ordered the blockade of the country that sparked a famine and humanitarian crisis which has killed tens of thousands’ but only after listing his houses, yachts and cars in some detail. Priorities and all that.

The biggest priority of course is getting more content out to hit the Google trend of ‘Mohammed bin Salman’ so let’s zero in on his house, shall we?

We are invited to ‘join SunSport in marvelling at Bin Salman’s luxury abode – that features an astonishing aquarium’. Oh how we do love to ‘marvel’ at the luxury abode of a dictator with an appalling human rights record. Especially if it has fish!

Proper gander
Elsewhere, talkSPORT tell us in their explainer/SEO grab:

‘Since taking over as Crown Prince, Bin Salman has launched a huge anti-corruption campaign, arresting around 500 people, closing 2,000 domestic accounts and targeting cash assets worth around £600bn.

‘He has also declared that he wants Saudi Arabia to become a country of moderate Islam, slowly introducing reforms such as allowing women to drive and introducing cinemas to the conservative state.’

He is basically a leftie.

Giddy up
The actual newspapers are no better, with The Sun rolling out the brilliant ‘BUY AYE PET’ but then letting themselves down with the giddy ‘IT’S FINALLY HAPPENING’ on their back page.

They even parrot the line that ‘SunSport understands the Prem are now satisfied there will be no control of the club by the Saudi government through PIF’, which means that they barely have to mention Mohammed bin Salman at all. It’s nothing to do with him, you see (except when they want to ‘marvel’ at houses and yachts, of course). The words ‘human rights’ do not appear even once in the newspaper coverage.

The Daily Mirror can also barely contain their excitement with a ‘SAUDI, PARTNER!’ headline that underlines just what great japes are in store for Newcastle in their alliance with a great dictator.

As Simon Bird writes: ‘Steve Bruce will be removed as manager, up to £250million invested in players and infrastructure and, most importantly, Newcastle United fans would have hope again.’

Yes, and what could possibly be more important than the hopes of football fans?