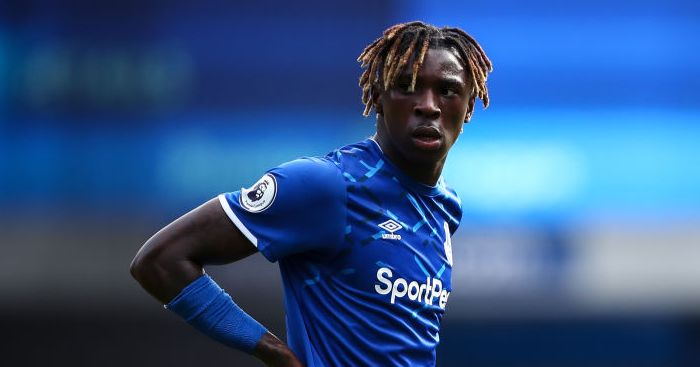 Moise Kean’s move to Everton has been labelled a mistake by the striker’s father.

The Italy Under-21 forward joined the Toffees from Juventus in a £27million move last summer but he is yet to score a goal for his new club having played just nine games.

The 19-year-old was omitted from last week’s win at Southampton after reportedly being late for a team meeting.

Speaking to Centro Suono Sport, Jean Kean revealed a hope for his son to return to Italy ‘as soon as possible’.

“Sending my son to England was a mistake, because he’s still too young,” he said. “He’s not feeling good at Everton, I didn’t like this transfer.

“I hope he can come back to Italy as soon as possible, I hope he goes to Rome, but the important thing is that he comes back here.”

“I don’t have a relationship with Raiola, I have never met him, I don’t think he even wants to see me.

“He demanded my son’s power of attorney when he was 14 and together with my ex-wife he wanted to take him to England.

“At Everton, where he is playing now, he is not settling in well. I think he was supposed to wait a few more years before he had an experience abroad.

“If there is a possibility for him to come back to Italy, I hope he can do that, so as not to ruin him.”