Thierry Henry is "a perfectionist" and "a little fanatic" as a manager, according to someone who really should know. 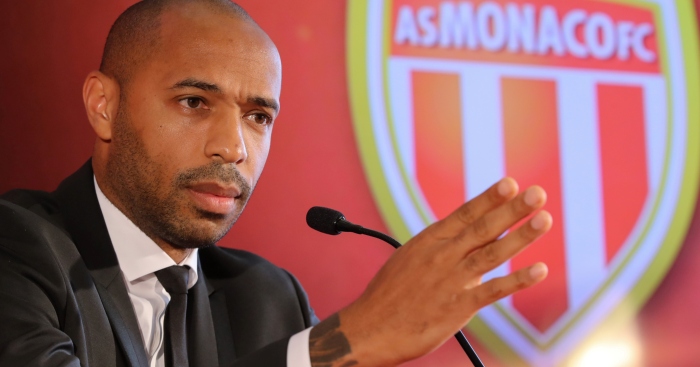 Benjamin Henrichs has lifted the lid on what life was like under Thierry Henry at Monaco.

Henry lasted just three months in his first managerial post with his former club before being sacked in the midst of a Ligue Un relegation battle in January.

His reign, while short, included him calling a player’s grandmother a wh*re, making examples of certain members of his squad and still thinking he was a player himself.

Monaco full-back Henrichs, who played 16 times under the Frenchman – more than all but two other players – has lifted the lid on his ill-fated reign.

“I suffered with him,” Henrichs told Goal and SPOX. “When a coach is sacked, it usually means that you’ve done something wrong as a team. For him personally, it is extremely sad.

“Although he did not succeed in Monaco, I’m convinced that he has the potential to become a great coach.

“I was thrilled to get a legend like Henry as a coach. I really enjoyed training and playing under him. You can learn a lot from such a football personality.

“After the first training session for a moment I thought, ‘I’m dreaming’. Suddenly Thierry Henry was my coach.

“When he played at Arsenal or Barcelona, he was one of my biggest heroes and I cheered him in front of the TV.

“That he now gave me advice seemed almost surreal. For me personally, it was an outstanding time.

“He is a perfectionist and has put a lot of emphasis on doing every single exercise cleanly. He was a little fanatic and I think he has learned a lot from Pep Guardiola from his time at Barcelona.

“He took over the team in a very difficult phase because nobody knew exactly how to deal with the relegation battle.

“In addition, some regular players were injured and young players with less experience had to fill these gaps. It was very unfortunate for him.”