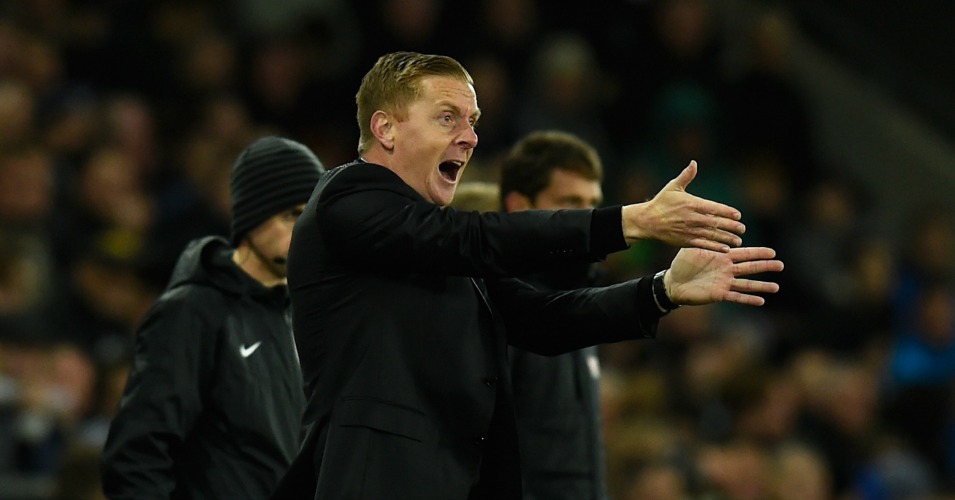 Andre Ayew has hailed Garry Monk as a “great manager” after the Swansea boss continues to face speculation over his future following a draw with Bournemouth.

Monk has come under increasing pressure amid Swansea’s slide down the Barclays Premier League in the last two months and there were few signs of improvement as Bournemouth dominated for long periods at the Liberty Stadium.

Club chairman Huw Jenkins said in his programme notes that everyone at the club should keep their own counsel to “stop adding fuel to a fire ready to ignite at any time”, but it is a fact of football life that results will dictate whether Monk is able to ride this current storm.

Swansea have now won only once in 10 games and lie four places and five points above Bournemouth, who fill the final relegation spot.

But top scorer Ayew, who rescued Swansea from 2-0 down with his sixth goal of the season and by winning a contentious penalty for Jonjo Shelvey to level before half-time, said: “He (Monk) shows us a lot of support and confidence.

“We were trying to give it back to him on the pitch. He’s a great manager, we know what he did last season.

“Everything’s going to get back into shape and we just need some time.

“You need that in football when things are difficult.

“We believe we have great players, a great squad, a great manager and everything will be OK.

“We just need to keep working hard and don’t give up.”

Monk, however, will receive little comfort when he scans Swansea pre-Christmas fixture list.

Next weekend’s trip to Jurgen Klopp’s fast-reviving Liverpool is followed by a visit from league leaders Leicester and their goal machine Jamie Vardy.

After that there is an away date at Manchester City before in-form West Ham travel to the Liberty Stadium.

“When you’re in a club like Swansea that wants to grow and you don’t get the results everybody gets the pressure,” said Ghana forward Ayew.

“That’s normal, but we just want to stay focused on the field and not look at what’s happening outside.

“We just concentrate on the pitch and listen to what the coach has to tell us about the tactics and what he wants to do. That’s what’s important.”