Home All The News Moore: ‘Everyone worked hard’ in shock win over Man Utd 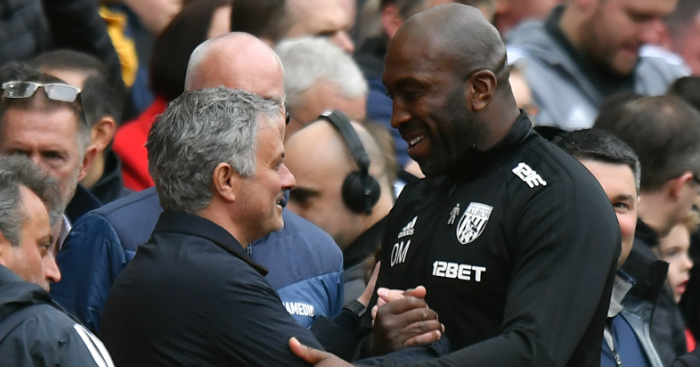 West Brom caretaker coach Darren Moore praised his staff and players after they produced one of the upsets of the Premier League season, beating Man Utd 2-1 at Old Trafford.

Jay Rodriguez struck the games only goal in the second half, and the Baggies held out for their first away victory since August.

“We played against a really formidable team today,” Moore told the BBC.

“We asked a lot of questions, but everyone worked hard and did their jobs.

“I’m proud for players and staff and way they have acquitted themselves today.

“Only way we can achieve results moving forward is with togetherness. I want the players to express themselves, show the outside world what good players they are. I am pleased we managed to show everyone that today.”

When asked about the possibility of becoming the next Baggies boss, Moore remained coy.

“I am looking at the next game.

“We have come here today, got a positive result, I am just focusing on the team and performances.”