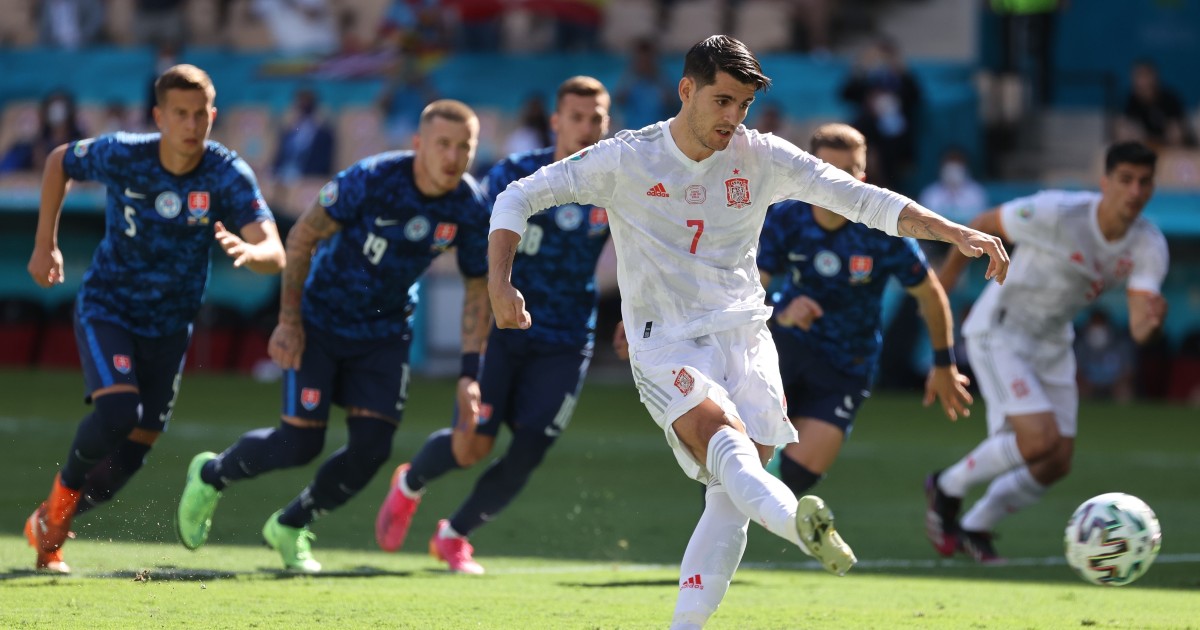 Alvaro Morata has revealed that he and his family – including his young children – have received death threats due to his performances for Spain at Euro 2020.

The Juventus striker has struggled in front of goal for Spain and despite a 5-0 win over Slovakia, Morata saw his penalty saved when the game was still goalless.

And he has explained how he was unable to sleep after the draw with Poland, where he scored but also missed a number of good chances.

Sections of the Spain fans – in a pre-tournament friendly against Portugal – chanted ‘Morata, how bad you are’.

And Morata now says his wife and three sons have been subjected to abuse.

Morata told the Spanish radio station Cadena Cope : “Maybe I have not done my job as I should.

“I understand that I am criticised because I have not scored a goal, but I wish people would put themselves in the place of what it is like to receive threats, to be told that your children should die.

“Every time I get to the dressing room, my phone goes somewhere else. What bothers me is that they tell my wife, that they tell my children – they are going through Seville with their dad’s name on their shirts. They tell them everything.

“I had to put my phone away this week.

“I didn’t sleep at all these past few days, because of the adrenaline.

“I didn’t sleep for nine hours after the (Poland) game – I understand criticism for not scoring, I accept it. I wish people would put themselves in that position of your family receiving death threats.

“I’m very happy, but it bothers me not to do my job well. The fans whistled at me before warming up, but I’m happy to take the penalty (against Slovakia) and have missed it.”

The former Chelsea striker has previously opened up on struggling with his mental health in his time at Stamford Bridge, but insists he is in a better place to put criticism behind him as Spain enter the knockout stages.

Spain will face Croatia in the Round of 16 on Monday with Morata adding: “I’m fine, maybe a few years ago I would have been screwed. I’ve spent a couple of weeks isolated from everything. I’m super happy and super motivated with reaching the Round of 16.

“We talked in training how football has changed, in the last Euros we started better and we arrived in the Round of 16 in another way. It’s football and I’m happy, whoever doesn’t believe it, doesn’t know me.”