Home All The News Morata: No pressure on me to match likes of Mane, Kane 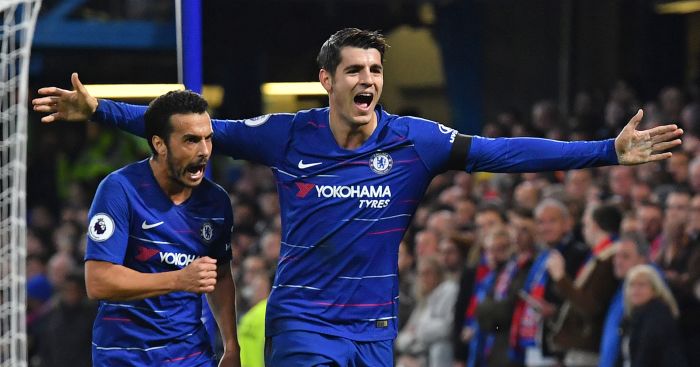 Chelsea striker Alvaro Morata has revealed that he is not under as much pressure to score as many goals as Liverpool’s Sadio Mane and Tottenham frontman Harry Kane.

Morata arrived at Stamford Bridge with a big reputation when he joined for a fee of £58million in 2017.

However, the Spain international has failed to justify that price tag and really struggled in the second half of last season.

The start of the current campaign saw little change, but Morata has been more like the player Chelsea expected when they signed him – notching five goals in his last six matches.

And while the likes of Kane and Mane have been regular scorers in the Premier League, Morata admits that he does not feel any pressure to match them.

“There is Hazard, there is [Sadio] Mane, [Roberto] Firmino, [Sergio] Aguero, [Harry] Kane.

“This is the league with the best strikers in the world. I don’t need to think about scoring more goals than other players.”

Morata also insists that despite constant criticism, he is on his way back to his best.

He added: “I had a period where everything – if it is raining, I’m angry because it’s raining. If I miss, it’s because the pitch is too wet. It was only excuses. It is not good.

“Everyone can have a bad period in their life, but we are famous, we have a lot of things.

“Sometimes people think we are not human, with no feelings, with no problems.

“The important thing is to find the right balance. Now, I have, and I am very happy. I’m better.

“When you touch the limit, the only thing you can do is to come back.”