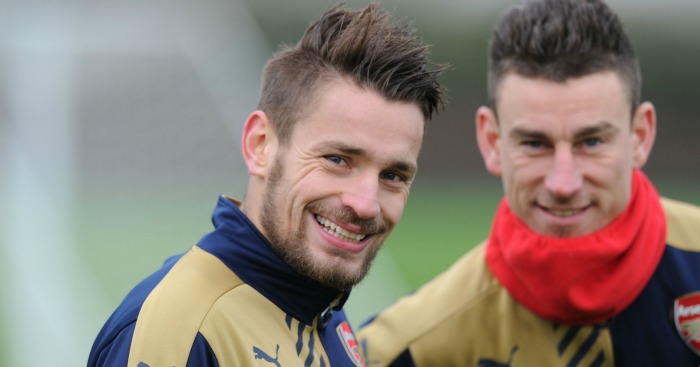 Arsenal right-back Mathieu Debuchy has joined Bordeaux on loan until the end of the season.

The right-back has struggled for first-team football this season after the emergence of Hector Bellerin, but rejected moves to Aston Villa and Sunderland.

Debuchy will be hoping a return to France will help secure his place in Didier Deschamps’ squad for Euro 2016.

‘The 30-year-old right back has featured seven times for the Gunners this term,’ a statement on the Arsenal website read.

‘He has made a total of 22 appearances for Arsène Wenger since arriving from Newcastle United in July 2014.

‘A France international, Debuchy returns to his homeland for the opportunity of regular football ahead of Euro 2016 this summer.

‘Everyone at Arsenal wishes Mathieu well for his time with the Girondins.

‘The move is subject to the completion of regulatory processes.’