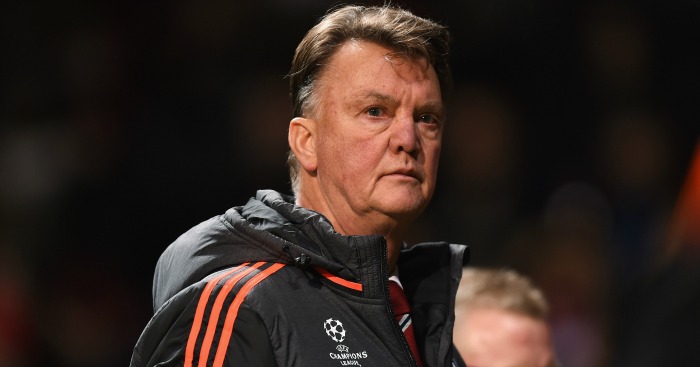 Wayne Rooney drops deep to pick the ball up in the left-back position. He launches a pass 60 yards forward, where Marouane Fellaini waits. Fellaini miscontrols the ball with his chest, sending it five yards away. In attempting to redress his mistake, Fellaini fouls his opponent. Groans ring around Old Trafford.

Sometimes simply describing a piece of action is the best way of reflecting the mood. Manchester United, held 0-0 by PSV Eindhoven at home, must go to Wolfsburg in a fortnight’s time and win. Failing to do so will surely see them eliminated from the Champions League. On this evidence, United should prepare for Thursday night football.

It’s impossible not to make the comparison. In a group of similar difficulty to 2013/14, Louis van Gaal is in danger of being knocked out of the Champions League two stages earlier than David Moyes. Premier League progress – in terms of results at least – is being offset by European underperformance.

To put things into perspective, PSV are third in the Dutch Eredivisie, drawing with Willem II at the weekend. They have also failed to win a Champions League away game for eight years. That run continues, but Phillip Cocu’s side offered just as much threat as Van Gaal’s.

For vast swathes of this season, United’s players have waited for, not forced, the breakthrough. They have scored 13 first-half goals in 21 matches, and only six of the Champions League’s 31 other clubs have scored fewer goals. Van Gaal has avoided criticism for his style simply because United have, eventually, won many of their games. It’s hard to condemn in victory, but it’s a thin red line. This time waiting did not bring unjust reward.

United at least offered a threat during the first half, six shots on target representing their highest total of the season. Anthony Martial and Jesse Lingard were both guilty of wasting opportunities, and Martial’s drought now equates to one goal in his last 11 matches. It is a reminder not to expect too much, too soon.

Not that Van Gaal’s reliance on inexperience shows any sign of letting up. With Juan Mata dropped, Rooney again ineffective and Memphis Depay moved back to the left wing, it was down to Lingard to be United’s most notable threat on just his seventh start for the club. He covered more ground than any other player on the pitch, at least attempting to create a spark among the damp wood.

Depay was brought off after 59 minutes, struggling to impact on the game as much as he – and Van Gaal – would like. After Saturday’s victory over Watford, the manager said he believed central striker to be Depay’s best role. Only in Van Gaal’s world does that herald an instant change of position.

If the crowd expected a response after half-time, they were sadly mistaken. PSV registered more shots and shots on target than their hosts as United looked sluggish, fatigued even. If that’s not a good look in November, nor is Rooney being moved into defensive midfield when his team most need a goal. United’s captain again failed to have a shot on target. It’s 12 in 15 Premier League and Champions League group games this season. He is still to start a Premier League or Champions League match on the bench under Van Gaal.

Van Gaal has repeatedly bemoaned the lack of “speed and creativity” in his team over the last three months. Yet pace comes not simply through the attributes of individuals, but the mentality of the team as a whole. Depay, Martial, Lingard and Ashley Young should provide plenty enough of both oft-mentioned characteristics, yet impetus is slowed down by Van Gaal’s mantra of possession uber alles. United have the constant look of a team 1-0 up. At times it’s like watching on half-speed mode.

“In the second half, despite my changes, it did not improve,” was Van Gaal’s post-match assessment. ‘Despite’ is the word that will stick in the throat of United supporters. When Fellaini plays for half an hour and Mata six minutes, pleas for patience are as insulting as those demands for more “speed and creativity”.

If Van Gaal’s words are becoming a broken record, so too is United’s sluggish style. Demands for more pace in his squad will fall on deaf ears until the manager proves that he knows how best to utilise it.