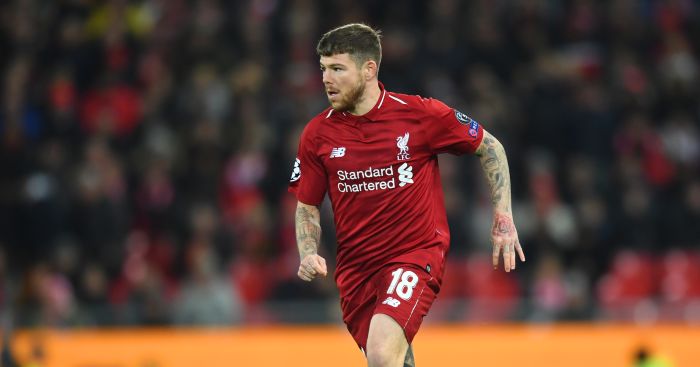 Alberto Moreno says he has been offered a new contract by Liverpool, but he is yet to make a decision on his future.

The defender has found his first-team opportunities limited this season due to the form of Andrew Robertson and the Spaniard is out of contract next summer.

He would be available on a free transfer and is permitted to speak to other clubs next month, but the 26-year-old says he has been offered new terms by Jurgen Klopp, despite making just two Premier League starts this season.

Moreno told Onda Cero’s El Transistor programme: “Liverpool has proposed renewing me but no agreement has been reached, in January the market opens and we will see.”

“To this day we have nothing closed neither with Liverpool nor with other clubs.”

Moreno has been linked with Arsenal, with Unai Emery believed to be a big admirer after working with him at Sevilla.

The player has also been linked with a shock move to Barcelona, but according to reports in France, Ligue 1 giants Marseille and the player’s former club Sevilla are leading the chase for the full-back.

At the start of the month Marseille’s sporting director Andoni Zubizarreta confirmed to L’Equipe: “I know him very well from his time at Sevilla.

“Normally, it’s not our market [January], though there may be circumstances that open up possibilities, it’s interesting.

“But it’s also interesting for Sevilla, who are looking for a left-back.”

Moreno moved to Liverpool in August 2014 for a fee of £12million and has gone on to make 134 appearances for the club, scoring three goals.